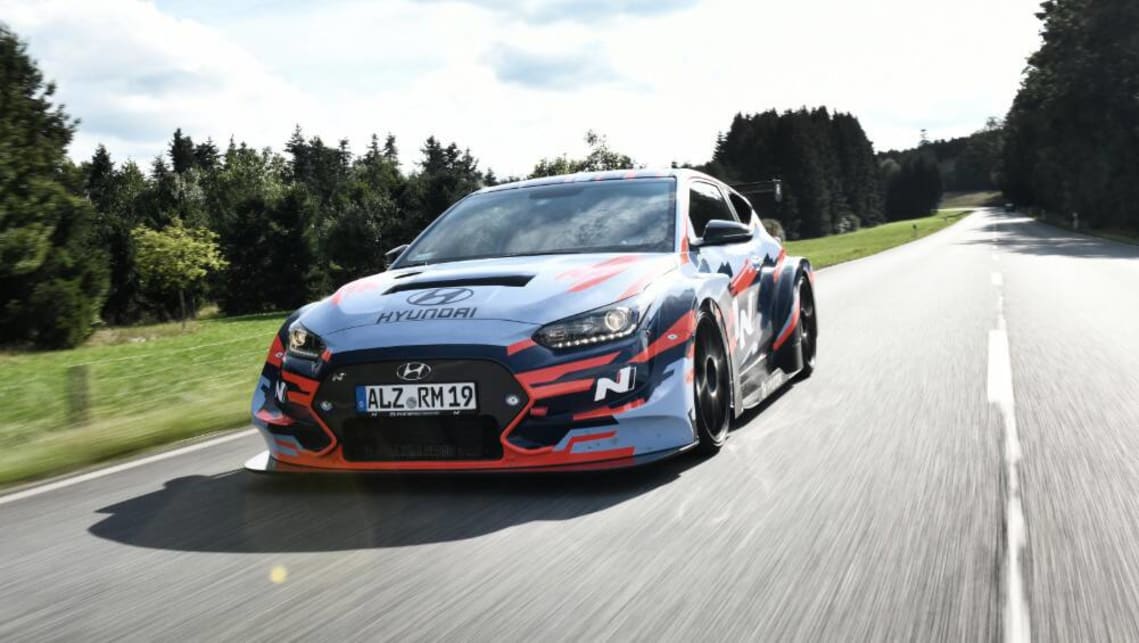 Hold onto your hats: Hyundai is preparing to take on Porsche with a mid-mounted, electrified sports car.

It sounds crazy but when you consider the impact the i30 N has had on the hot-hatch market and Hyundai’s investment in electric hypercar creators Rimac, it may not be as outlandish as it first sounds.

The South Korean brand signalled its intent to get serious about performance cars when it poached Albert Beirmann from BMW’s M Division to head up the N project before promoting him to oversee all performance cars across Hyundai, Kia and Genesis.

To be clear, this isn’t speculation on our part, Hyundai has made it crystal clear this is its plan. In announcing its investment in Rimac in May, the media statement explained the reasoning, reading: “The companies will work closely together to develop prototypes for an electric version of Hyundai Motor’s N brand midship sports concept car and a high-performance fuel-cell electric vehicle with the intent to bring them to market at a later time.”

Hyundai began telegraphing its plans with the RM14 concept way back at the 2014 Busan motor show when it modified a standard Veloster by putting the engine behind the driver – the first of four ‘Racing Midship’ concepts that have been rolling research labs, according to the company. RM15 saw more experimentation with new construction materials and techniques, while RM16 was focused on aerodynamics.

The most recent version, RM19, combined all three elements and a more powerful engine, taken directly from the i30 N TCR racing car.

However, the production version will likely feature a hybrid powertrain, combining the company’s successful turbocharged four-cylinder petrol unit with (likely) a Rimac-built electric motor. That will not only provide extra power, but it’s also tipped to feature all-wheel drive and an eight-speed dual-clutch automatic transmission to boot.

The most recent version, RM19, combined all three elements and a more powerful engine.

While Hyundai has experimented with the Veloster as the basis for the RM concepts, this new model won’t be based on an existing car. Instead it will be a standalone model, designed to be a halo for the entire N range. Think of it as Hyundai’s answer to the Mercedes-AMG GT, albeit on a more affordable scale.

While Hyundai has plans to expand N with an i20-based model, Kona and likely next-gen Tucson as well as the facelifted i30 due in 2020, a bespoke N model would be a major signal of intent by the South Korean carmaker.

The expected specifications of this hybrid hero would pitch Hyundai against the likes of the Alpine A110, Alfa Romeo 4C, Lotus Elise and even the Porsche 718 Cayman.

Every car company is investing in electrification in some way, shape or form, but Hyundai Motor Group’s (both Hyundai and Kia) decision to take a €80 million ($130m) stake in Rimac is a clear signal of intent. Other investors in the Croation company include Porsche, because Rimac specialises in ultra-high performance cars.

It’s upcoming Rimac C_Two boasts claimed performance figures including 1408kW of power, 2300Nm of torque, a top speed of 412km/h and a 0-60mph time of 1.85secs as well as a 650km range. That’s performance well beyond anything Hyundai has ever offered but the transition to electrification creates an opportunity for the brand to move into previously uncharted territory.

Even hot hatches were new space for Hyundai three years ago, so as bold as an electrified mid-mounted sports car may sound, it’s well within the realms of the company’s capabilities now.

“We want to build high-performance vehicles that are not only fast and powerful but also meet the highest expectations of our customers as the car of their dreams,” explained Thomas Schemera, executive vice-president and head of Hyundai Motor Group’s product division at the time of the announcement. “Our goal is to popularise electric vehicles and to create social value through world-class technology and innovation in performance.”