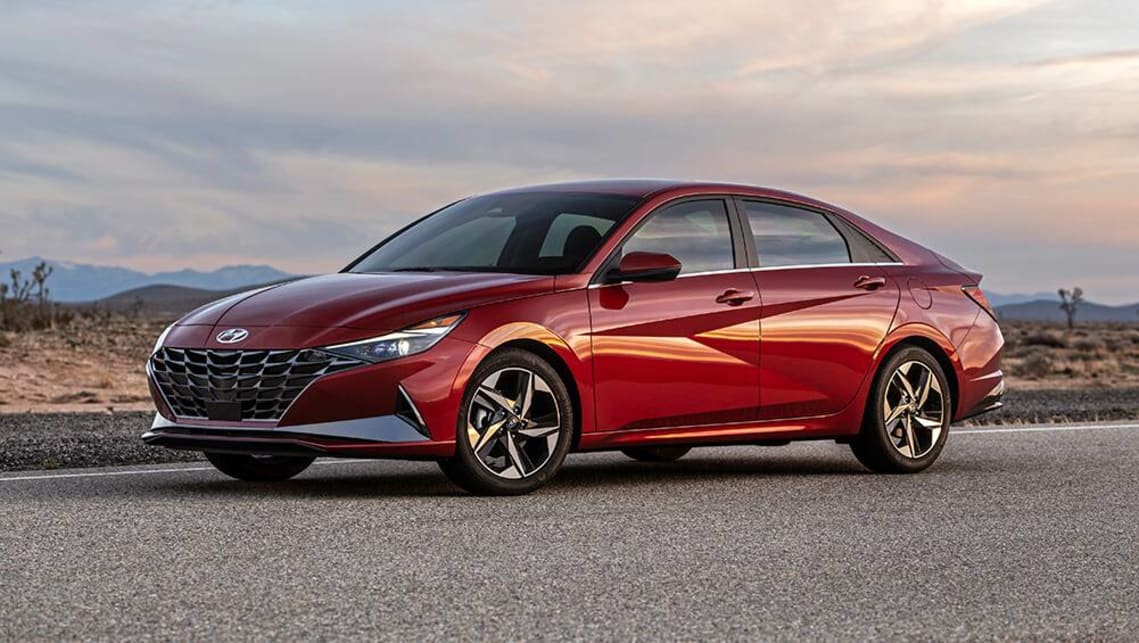 The Elantra will soon disappear in Australia. But fear not, this will only be the case because Hyundai will rename it i30 sedan when its next-generation model arrives in the second half of this year.

The i30 sedan will therefore join its hatch sibling in Hyundai Australia showrooms, sporting a “dramatic four-door coupe look” that is the latest expression of the brand’s new Parametric Dynamics and Sensuous Sportiness design languages.

Despite the lower, more steeply raked roofline, Hyundai says the i30 sedan has actually increased most of its interior dimensions, including front headroom and rear legroom, ensuring its style-focused compromises are limited. Even rear headroom is unchanged.

Speaking on the i30 sedan’s polarising exterior design, Hyundai chief design officer Luc Donckerwolke said: “The i30 Sedan is highlighted by its stance that looks like geometric crystals and divided body surfaces to get a strong emotional response from the customers.”

From the rear, the i30 sedan and new-generation Sonata are clearly related.

Inside, the i30 sedan’s dashboard is optionally dominated by a pair of 10.25-inch displays, which are housed underneath a single panel of glass. One is for the central touchscreen multimedia system, while the other is a digital instrument cluster.

Connectivity is enhanced by wireless Apple CarPlay and Android Auto support, while two Bluetooth devices can be paired at the same time. Natural-language voice control is also supported.

The i30 sedan’s driver focus is evidenced by its cockpit-style cabin, with a long grab handle providing clear separation from the front passenger.

Powertrain options have expanded to include a self-charging hybrid, which combines a 1.6-litre naturally aspirated four-cylinder petrol engine (running on the Atkinson cycle) with a permanent-magnet electric motor for maximum system outputs of 103kW/264Nm.

A 1.32kWh lithium-ion battery is positioned below the rear seats, while a six-speed dual-clutch automatic transmission is responsible for swapping gears.

Meanwhile, a 2.0-litre naturally aspirated four-cylinder petrol engine (running on the Atkinson cycle) is also available, producing 109kW of power at 6200rpm and 179Nm of torque at 4500rpm.

The i30 sedan’s dashboard is optionally dominated by a pair of 10.25-inch displays.

While the unit’s outputs are down 3kW/13Nm over its predecessor, Hyundai claims fuel economy is improved by 1.2 per cent thanks to its Intelligent Variable Transmission (IVT), which is a new version of continuously variable automatic transmission (CVT).

Suspension-wise, hybrid versions get an independent multi-link rear axle. While the set-up used by non-hybrid variants is yet to be confirmed, it could be a torsion beam.

Local pricing and specification will be announced closer to the i30 sedan’s launch.