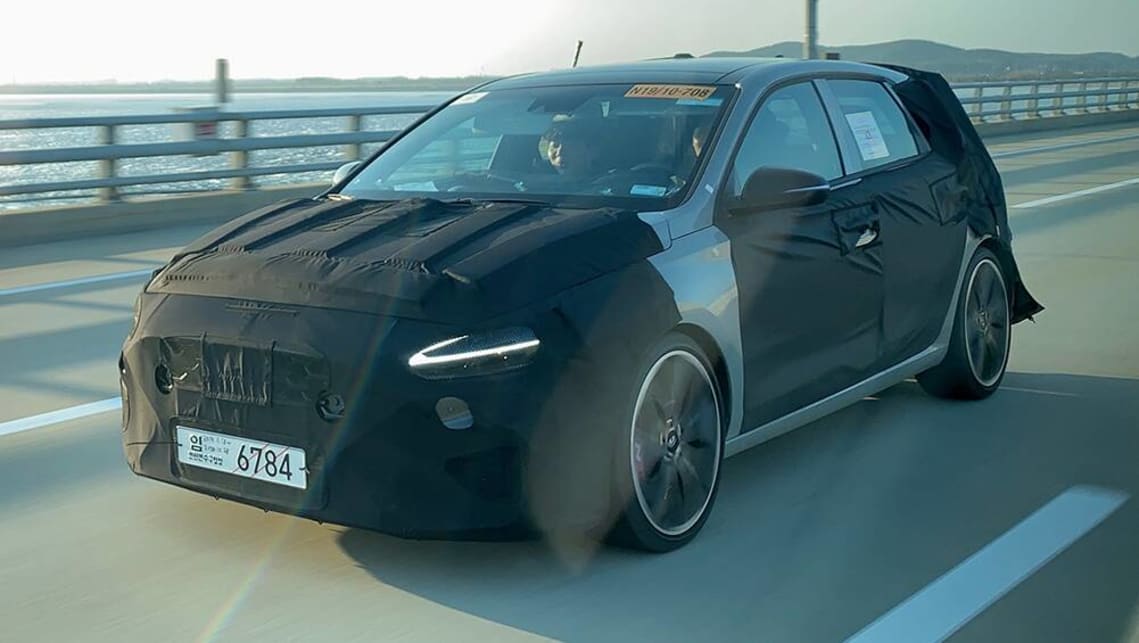 The automatic version of Hyundai’s i30 N hot-hatch has been spied by CarsGuide in its home country of Korea.

The facelifted model will debut not only an entirely new look for the i30 range, but also a new eight-speed dual-clutch automatic transmission – something the company’s local arm has been hounding headquarters for since the i30 N debuted back in 2018.

The car your intrepid reporter spotted in Korea was certainly an automatic, as the sounds of the gear changes exhibited the typical rapid-fire speed and telltale sound of a dual-clutch performance hatch.

There was also a new, much larger looking exhaust system on the prototype model we saw – with big round exhaust tips rather than the more modest oval-shaped versions on the current car. That could also offer a glimpse into the potential that the new model will have more power and torque than the current one, which has a 2.0-litre turbo-four producing up to 202kW and 378Nm.

The mid-life update of the regular i30 range is set to adopt some of the visual changes you see here, including a bolder grille that is wider and more Euro-looking, as well as sleek new headlights with arrow-style LED daytime running lights.

Want to know about what to expect? Read our full What We Know So Far article!