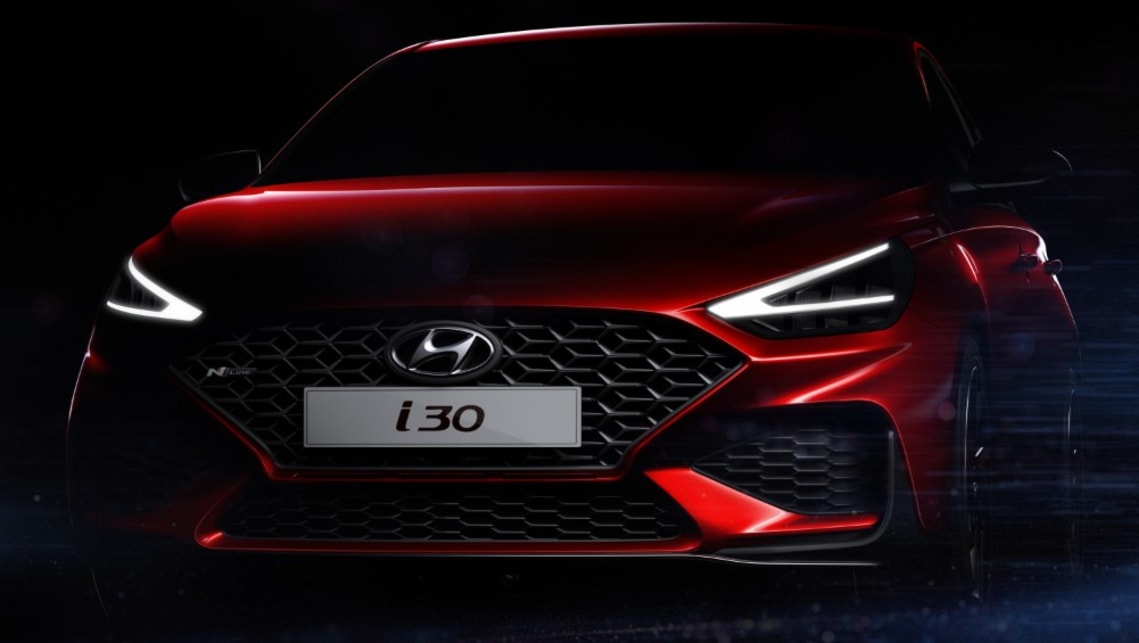 Hyundai’s i30 will get a bold new look when the updated model arrives in Australia by the end of this year.

The South Korean brand released this teaser image of the mid-life update N Line model, as expected it features a redesigned front end with new grille and more aggressive styling; at least for the sporty N Line.

Also confirmed are new LED headlights which include integrated V-shaped daytime running lights for a bolder appearance for the small car. While not visible in the teaser, Hyundai has confirmed the facelifted model will also get a new-look rear bumper and taillights as well as fresh 16-, 17- and 18-inch alloy wheel designs.

Inside the updated i30 will get a new digital instrument panel, at least on some models, and Hyundai’s latest multimedia system.

As previously reported by CarsGuide, the biggest changes for the updated i30 will be for the red-hot i30 N hot hatch, which will get an all-new eight-speed dual-clutch transmission that will help expand its appeal.

The new i30 N will also get a more powerful version of the 2.0-litre four-cylinder turbo petrol engine, which could boast as much as 220kW; up from the current 202kW. It will also get revised suspension tuning in line with the changes made to the i30 Fastback N, that adopted a global tune with input from Australian engineers.

Hyundai will unveil the refreshed i30 range at the Geneva Motor Show in March, although it’s not clear if the i30 N will be on display at the same time. The regular range is likely to be on sale in Hyundai Australia showrooms by late 2020 with the i30 N not expected to arrive until early 2021.