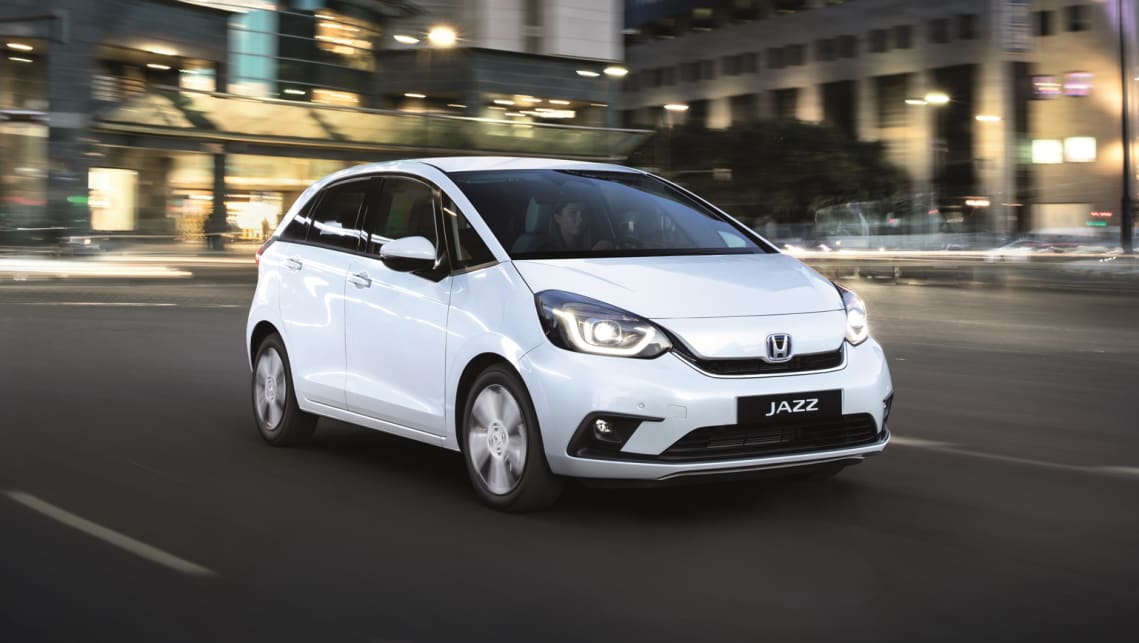 Honda’s new-generation Jazz has been detailed alongside its European and Japanese launch.

The much-awaited next-generation light hatch features a 1.5-litre hybrid drivetrain only across Europe (combined 80kW/253Nm) but is available in Japan in more basic trims with a traditional 1.3-litre naturally aspirated engine (72kW/118Nm).

While the Jazz will continue on as a front-wheel-drive hatch in Europe, all-wheel-drive variations are available in its home market of Japan.

The hybrid-only strategy for Europe is part of Honda’s plan to offer only electrified powertrains on the continent by 2022.

Honda Australia is as yet unsure whether the Jazz will make it to the Australian market at all, confirming to CarsGuide at the launch of the new-generation Accord in December 2019 that Australian deliveries of the Jazz are “a full business model issue” largely relating to what can and can’t be profitably produced at its Thai factory from which it currently sources its cars for the Australian market.

Honda Australia managing director Stephen Collins also confirmed that the current Jazz produced at that facility would continue in the Australian market at least until the end of 2020. At the time, the brand also committed to hybrid drivetrains for “every new-generation Honda” that launches in Australia.

A lifted (and even more expensive) Crosstar variant is available in Europe.

Price will also be a big factor for Australian consumers when it comes to the new-generation Jazz. While the hybrid model destined for Europe is a bells-and-whistles affair with full Honda Sensing safety and top-shelf multimedia, the hybrid comes at a starting converted cost of AU$28,031 in Japan or $35,503 in Germany.

It could be a different story if Honda Australia chooses to import the Japanese-market, more affordable 1.3-litre non-hybrid variant, which starts from the equivalent of AU$21,120 for Japanese consumers.

The current entry-level Jazz VTi (which is incidentally the most popular variant in the range) starts from $16,990 in CVT auto form.

It still sports Honda’s smart-folding rear seats, but takes a significant hit to boot space, dropping to 298L from the current model’s 354L.

The latest Jazz also has a new multimedia system featuring Apple CarPlay and Android Auto connectivity, voice controls, a Wi-Fi hotspot, built-in sat-nav, and has even “re-instated” physical buttons and dials for controls “in response to consumer demand”.

The Jazz has an improved multimedia offering, and in Europe – a full active safety suite.

While a near $30k starting price would put the new-generation Jazz out of the reach of many existing light-hatch buyers, Honda thinks the “days of cheap city cars are over” and has also discontinued the Jazz-based City small car despite an all-new model and 1.0-litre turbo becoming available for the Thai market.