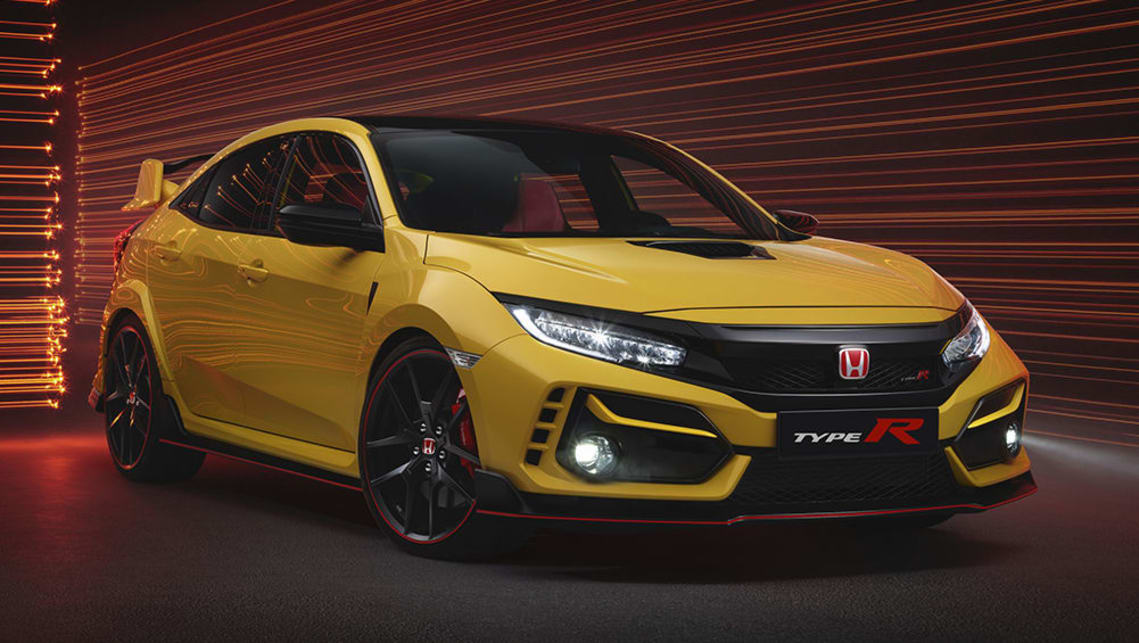 New Honda Civic Type R to be a 300kW AWD monster? New hybrid set-up will out-punch just about every hot hatch on the planet – reports

A new era of Japanese performance could soon be upon us, with fresh reporting out of Japan suggesting the new Honda Civic Type R will up the grunt a verging-on-ridiculous 300kW, ensuring the hot hatch out-punches just about every competitor on the planet – except the new Subaru WRX STI.

In fact, the only current hot hatch that could possibly outshine it is the Mercedes-AMG A45, which squeezes a mighty 310kW and 500Nm from its 2.0-litre, turbo-petrol four-cylinder engine.

Japan’s Best Car Web reports the new Civic Type R, expected to launch in 2022, will turn to electrification to unlock the extra oomph, pairing its petrol engine with two electric motors at the rear axle for a total system output of 400ps, or 294kW. The system also means the new Type R will offer four-wheel drive, rather than with an engine that would drive the front tyres only.

That would make it a powerful proposition. Consider that the Hyundai i30 N produces 202kW and 353Nm, while the current Golf R is good for 213kW and 380Nm. The GR Corolla, on the other hand, will share its engine with the GR Yaris, which should mean outputs of 192kW and 360Nm.

But there is one other vehicle, at least in this class, that could give the Civic Type R a run for its money, and that’s the new Subaru WRX STI.

As-yet unconfirmed reports out of Japan have the new STI using a 2.4-litre turbo engine with 298kW and 489Nm, with the new model expected to debut in October 2021.

While the new reports are yet to be confirmed by Honda, it seems a new era of Japanese performance is coming in hot.