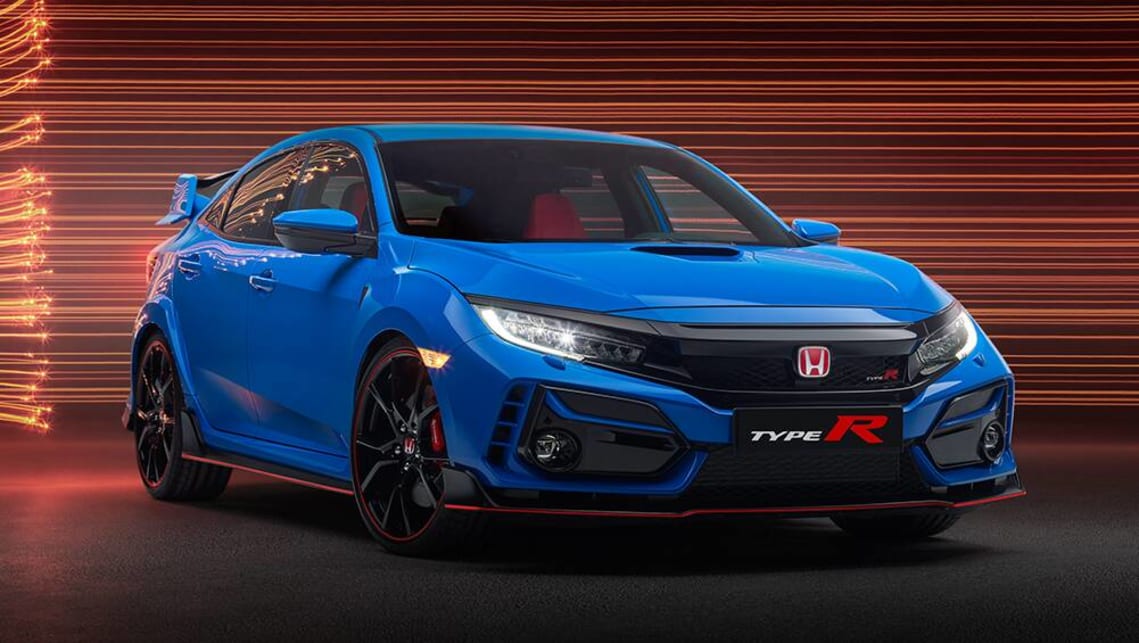 Honda Australia has announced pricing and specification details for the MY20 version of the Civic Type R hot hatch, which will officially go on sale on October 1.

Priced from $54,990 plus on-road costs, the MY20 Civic Type R is $3000 dearer than its MY19 predecessor, although buyers are compensated with improved performance and design changes.

The Civic Type R’s adaptive suspension now evaluates road conditions 10 times faster thanks to a damper software update, with the impact being “better handling response and ride quality”, according to Honda Australia.

Better yet, brake stroke has been reduced by about 17 per cent (or 15mm) under heavy loads, leading to a more immediate pedal feel, according to the company. The updated set-up decreases unsprung mass by around 2.3kg.

Engine cooling has been optimised thanks to the larger grille and its thinner beam, with the combination delivering a 13 per cent larger air intake, while Honda Australia says a tweaked radiator core also helps to reduce coolant temperature by up to 10 per cent in high-demand scenarios.

While these changes actually reduced front downforce by a small amount, this deficit was countered by a redesign of the front air dam, which is slightly deeper and now features ribbed sections of each to create negative pressure on the types, the company claims.

Other design alterations include symmetrical foglight surrounds with smooth surfaces and body-colour blades, a feature that’s replicated on the rear bumper, while Racing Blue has joined Rally Red, Crystal Black and Championship White as paintwork options.

Inside, the Civic Type R now has an Alcantara-trimmed steering wheel and a new shift lever with a teardrop-style knob and an Alcantara boot. A 90g internal counterpart has been added to the latter to better feel and accuracy.

An updated 7.0-inch touchscreen multimedia system is also present, with physical shortcut buttons and a volume control knob now part of the package.

No changes have been made to the Civic Type R’s 228kW/400Nm 2.0-litre turbo-petrol VTEC four-cylinder engine, although newly introduced Active Sound Control (ASC) enhances its noise during aggressive driving in the Sport and +R modes but refines it further in the Comfort setting.

The Hyundai i30 N rival exclusively sends drive to the front wheels via a close-ratio six-speed manual transmission with rev-matching functionality, while a helical limited-slip differential is also on hand.

And for those buyers that are keen to keep track of their driving data, new LogR software is present, with it able to monitor performance, log lap times and score drive behaviour.