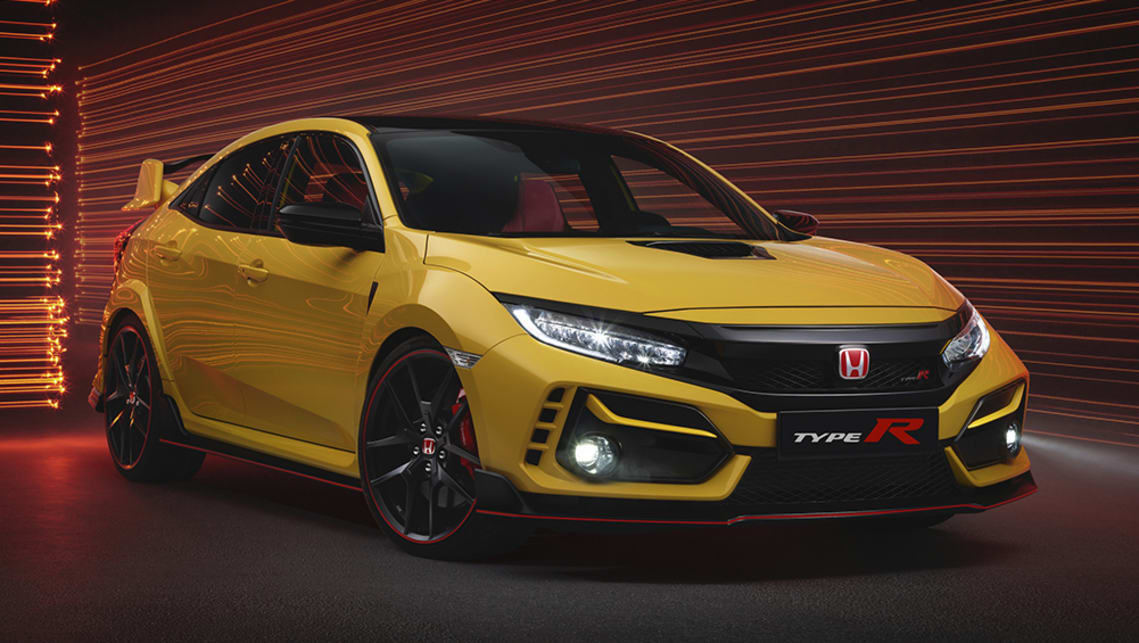 Straight line performance however, remains unchanged, with the new Civic Type R powered by a carryover 2.0-litre turbo-petrol four-cylinder engine that outputs 228kW/400Nm to the front wheels via a six-speed manual gearbox.

What is new though, are 20-inch BBS wheels wrapped in Michelin Pilot Sport Cup 2 tyres, retuned damper settings to take into account the new components, and a revised steering calibration.

Honda says the Limited Edition was “developed with track performance as its core focus” and that he new Civic Type R “has been designed and engineered to be the most dynamic front-wheel-drive hatchback available”.

Limited in number, Honda is yet to reveal exactly how many Civic Type R Limited Editions will be made, but each will be finished in ‘Sunlight Yellow’ with a contrasting gloss black roof, wing mirrors and bonnet scoop, as well as a dark chrome model badge in the rear.

To save weight, sound deadening is removed from the roof, rear hatch, front bumper and dashboard, but keeps its rear seats. The exact weight saving is yet to be revealed.

Newly introduced with the Limited Edition however, is a smartphone app called LogR that uses the Type R’s onboard computer and sensors to keep track of driving data.

Three modes are available – Performance Monitor, Log Mode and Auto Score Mode – with each able to display information on the multimedia system.

Pricing is yet to be revealed for the Limited Edition, but the current Civic Type R kicks off at $51,990 before on-road costs.

Honda says customers can register their interest on their website, while deliveries are expected in the first half of 2021.

The facelifted Civic Type R is also due to touch down locally late in 2019.