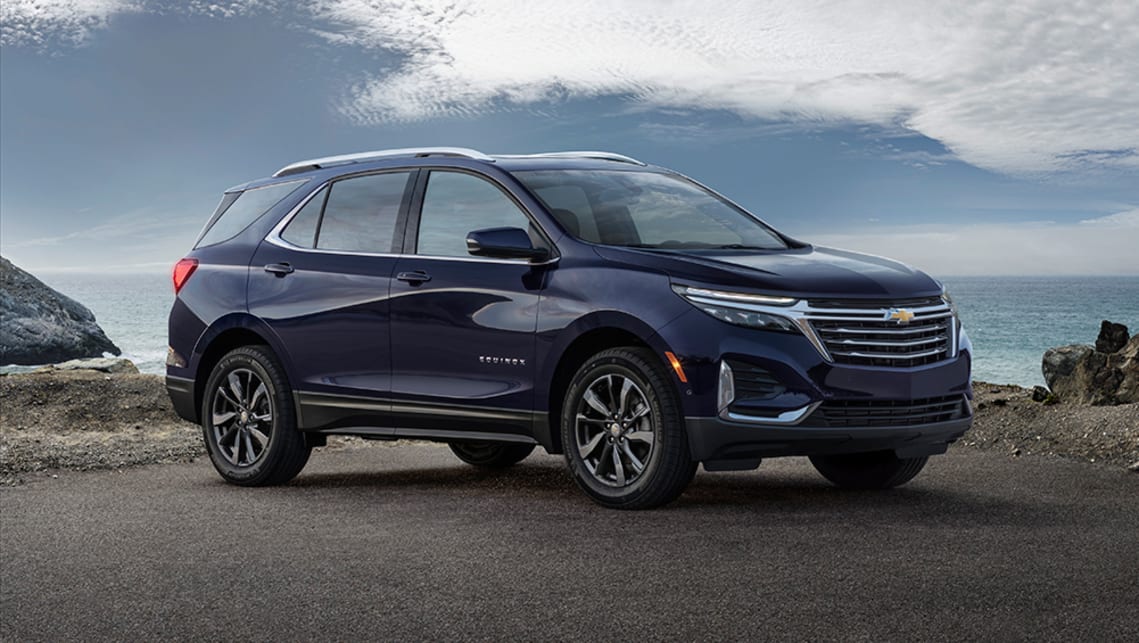 Following a Chinese media leak last month, General Motors (GM) has officially revealed its facelifted Equinox mid-size SUV, which is expected to go on sale in Australia in the fourth quarter of this year – badged as a Holden, of course.

Outed overseas in Chevrolet from, the new Equinox features redesigned front and rear ends, with the former highlighted by a fresh grille incorporating a horizontal chrome bar that splits the headlight clusters into two.

The Mazda CX-5-rivalling SUV’s bumpers also have been tweaked front and rear, while the tail-lights have a new signature.

A sporty RS has also been introduced in North America, bringing with it mesh inserts, black trim and 19-inch Dark Android alloy wheels. It remains to be seen if it will be offered Down Under, as pricing and specification won’t be confirmed until closer to the Equinox’s launch.

Inside, the only change glimpsed so far is a reshuffle of the centre console, with the gear selector now positioned closer to the driver, while the front cupholders now run parallel, having previously been located behind it.

The SUV’s suite of advanced driver-assist system has been expanded, with adaptive cruise control finally entering the fray, having been absent since the Holden version launched in December 2017.

CarsGuide understands the third local engine option, the 100kW/320Nm 1.6-litre turbo-diesel four-cylinder unit, will be dropped as part of the Equinox’s upcoming MY20 update, which is due in the first quarter, ahead of the facelifted model.