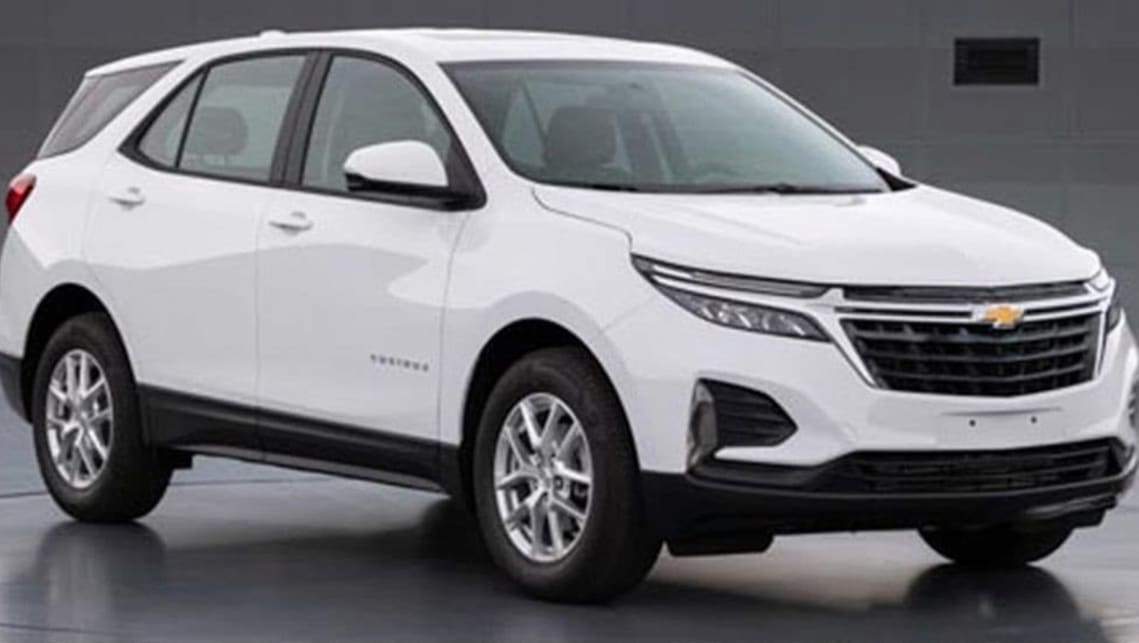 Thanks to Chinese media leaks, Australians have been given their first look at the facelifted Holden Equinox mid-size SUV ahead of its official reveal, which is expected to take place later in 2020.

As reported, a MY20 update for the Equinox has already been confirmed and is due in local showrooms in the first quarter of this year, although CarsGuide understands it will actually usher in minor specification changes and not the facelift shown here, which is set for MY21.

A Holden Australia spokesperson told CarsGuide the company doesn’t comment on future product, so it’s not yet known when the MY21 facelift will go on sale, but it could do so as soon as later this year.

Either way, the most obvious changes are found at the front end, with the Equinox trading in its droopy grille for a much tighter item, while its chrome trim now pierces the headlights, creating a distinctive split-lamp design with fresh graphics.

It’s harder to pick the differences between the old and new model from behind.

Additionally, the front bumper looks more aggressive thanks to the addition of large side air intakes, while its rear counterpart has been subtlety tweaked with a sportier insert.

Rounding out the changes are redesigned tail-lights with a new signature, although fresh sets of variant-specific alloy wheels can be expected.

No images of the facelifted Equinox’s interior have been released yet, so it’s anybody’s guess as to what changes have been made.