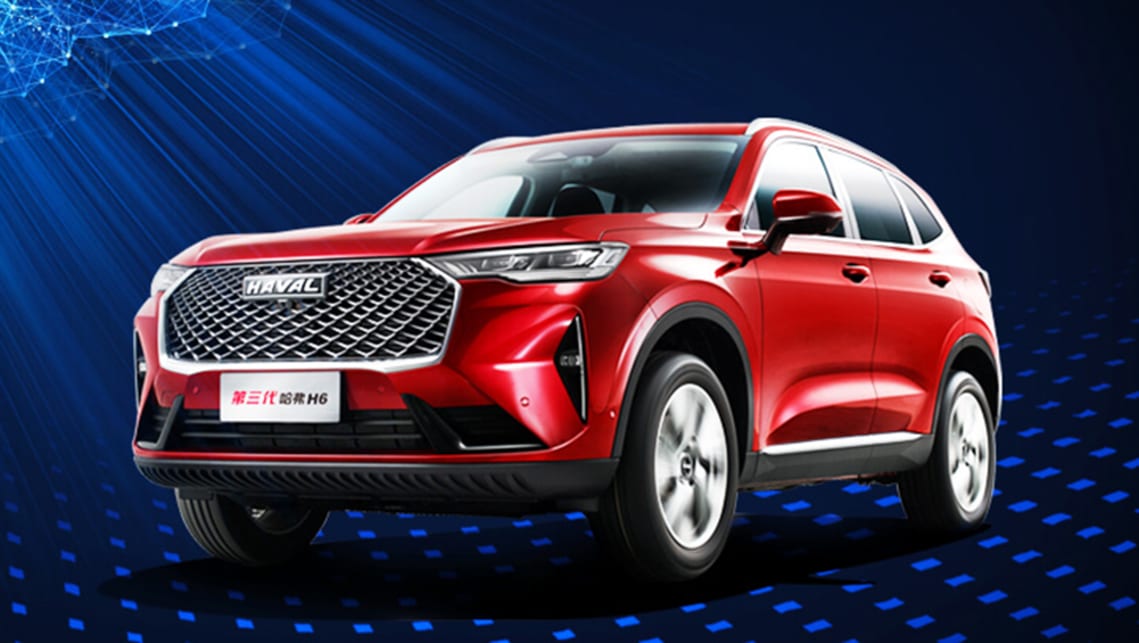 New Haval H6 2021 detailed: Could this SUV steal buyers away from the Toyota RAV4 and Mazda CX-5?

Haval has further detailed its third-generation H6 mid-size SUV, which is the Chinese brand’s best chance yet at stealing sales away from the likes of the Toyota RAV4 and Mazda CX-5.

While the brand is still yet to confirm whether the car will make it to Australia, a local Haval spokesperson said “we’re aware that the new H6 has been unveiled and it’s a car we hope to get here”.

“However, it’s still too early to provide any further confirmation. We’ll certainly let you know more as things develop,” they said.

The Chinese brand is touting three world firsts in its H6 – an internal-combustion engine (ICE) that is upgradable through over-the-air updates, an ICE with 5G connectivity, and a mainstream SUV with automated reversing assist.

The first two features will work in conjunction, allowing Haval to roll out updates to its cloud-based driving algorithm among other things, according to the brand.

Haval is also touting the H6 will have the latest generation of active safety features that put it on the path to Level 3 autonomous driving, though the brand is yet to disclose exactly which technologies will be included.

As previously reported, a Mobile Eye autonomous driving chip is fitted to process the sensor data from the 14 radars and six cameras.

Styling is dubbed ‘Oriental Futurism’ by Haval, which is designed around “sophisticated elegance”, and a “futuristic simplicity to eradicate unnecessary elements”, according to the brand.

A wide grille informs the front fascia, which blends into the high-set LED headlights. Width is also emphasised in the rear with the tail-lights connected with a lighting element.

Powertrain choices will be either a 1.5-litre or 2.0-litre turbo-petrol engine yet to be detailed, though the new platform will also allow for hybrid, battery electric and hydrogen fuel-cell options.

Paired to the engine will be a seven-speed dual-clutch automatic transmission (DCT), but a new nine-speed wet DCT is available to vehicles on the LEMON platform.

For reference, the current H6 available in Australia – which is actually derived from the first-generation H6 Coupe available overseas – is powered by a 145kW/315Nm 2.0-litre turbo-petrol engine paired to a six-speed automatic transmission.