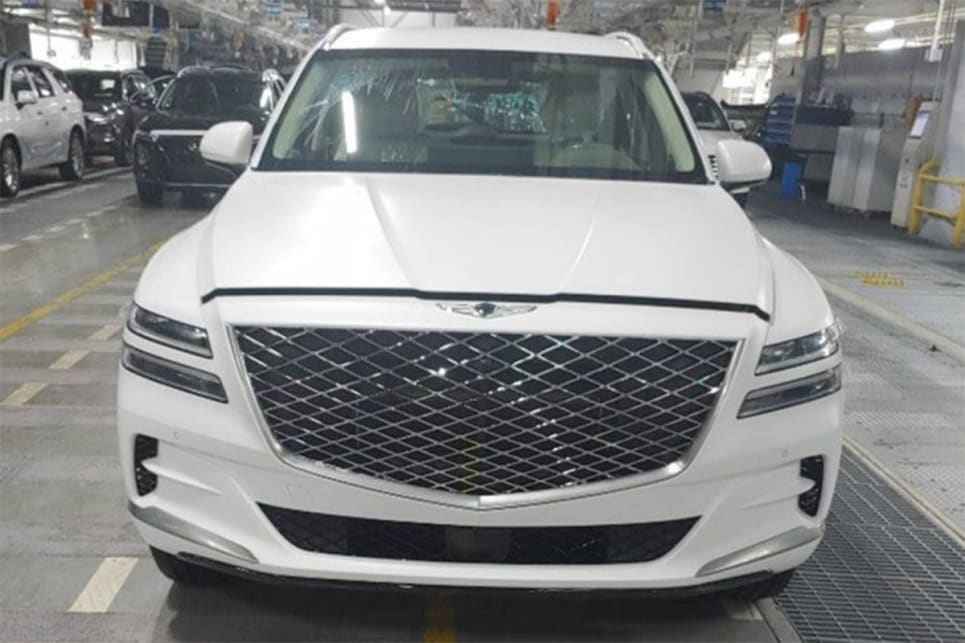 Hyundai’s new luxury brand has had a low-key start to its Australian experience, on target to sell slightly more than 100 cars in 2019. But that’s thanks largely to its range consisting of just two models – G70 and G80. Both are luxury sedans in a market crying out for SUVs and that’s what’s just around the corner, the GV80, South Korea’s answer to the Audi Q7, BMW X5 and Mercedes-Benz GLE.

First unveiled as a concept at the 2017 New York Motor Show, unfortunately for Genesis/Hyundai images of the production car leaked recently giving us a glimpse of what it will look like when it arrives sometime in 2020.

An electrified GV80 is highly possible as former global boss Manfred Fitzgerald had been a strong advocate for Genesis introducing alternative powertrains.

In many regards the introduction of the G70 and G80 was a soft-launch for Genesis in Australia, preparing the way for the GV80 and more SUVs to follow. While sedans remain a bedrock for the likes of BMW and Mercedes, it has been hard to Jaguar, Lexus and others to make ground and win over customers.

With demand for SUVs high, particularly amongst luxury buyers, the GV80 timing is ideal. It will be followed soon afterwards by the smaller Q5/X3/GLC rivalling GV70 as the brand ramps up. A compact model, based on the all-electric Mint concept from the 2019 New York show is also expected by 2022.

Pricing is pure speculation at this point but expect the GV80 to be cheaper than the German competition.

There’s no official word yet on what will underpin the GV80 but it’s expected to be shared with the next-generation G80, which reportedly has both rear- and all-wheel drive options.

What will power the GV80 seems clearer, at least if a recent leak of internal Hyundai documents are accurate. They showed three initial powertrain options for the big SUV – 2.5-litre four-cylinder turbo-petrol, 3.5-litre V6 turbo petrol and a 3.0-litre V6 turbo-diesel.

Previous speculation pointed to the 5.0-litre V8 from the current G80 in the US being available, but the more likely option is a hybrid powertrain. An electrified GV80 is highly possible as former global boss Manfred Fitzgerald had been a strong advocate for Genesis introducing alternative powertrains for Hyundai and Kia.

While there’s no official date for the GV80 to arrive in Australia, CarsGuide has recently spotted a test mule in Australia under-going local evaluation at Hyundai’s head office. That indicates the new SUV could be on sale in Australia before the end of 2020.

Under Fitzgerald Genesis made the New York Motor Show its centrepiece event for unveilings, so it appears likely that the official reveal of the production GV80 will come at Easter time. This year the Hyundai Venue was revealed in NYC and hits Australian showrooms before the end of the year, so expect similar timing.

Pricing is pure speculation at this point but expect it to follow the same path as the G70/G80 by starting cheaper than the German competition, but only marginally.