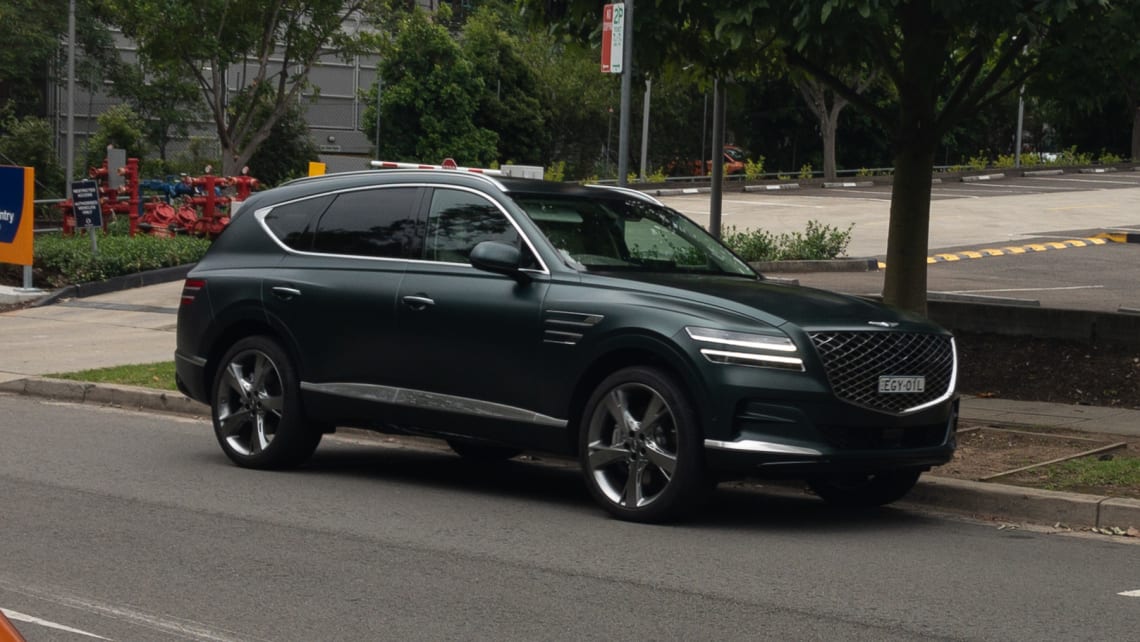 Genesis has been caught testing its new GV80 undisguised on Sydney roads.

The Korean luxury division’s first large SUV, the GV80, was launched internationally in January, but isn’t due in local showrooms until later this year.

The spotted car appears to wear a matte grey paint (known as ‘Melbourne Gray’ on the GV80’s Korean configurator) and 22-inch ‘Sputtering’ alloy wheels. A closer inspection also reveals a two-tone interior, confirming at least these aesthetic options for the Australian market.

In a comment to CarsGuide, Genesis representative Guido Schenken confirmed the GV80 is undergoing local suspension tuning as is standard for all products under the Hyundai banner, and is actually on its second round of local tests after undergoing disguised hot weather testing in January and February of this year.

“Genesis’ first SUV has been tested and tuned to suit Australia’s unique conditions” he said.

When queried on whether the current logistical issues brought about by the COVID-19 pandemic would affect the GV80’s launch timing, Mr Schenken confirmed the brand was “still targeting the middle of the year for local launch”.

A newly developed inline-six diesel is destined for Australian GV80s.

Internationally, the GV80 is also available with a choice of RWD or AWD, both paired to an eight-speed torque converter automatic of Hyundai’s own design.

Standard across all GV80s is a 14.5-inch multimedia screen with Apple CarPlay and Android Auto connectivity, as well as other features like a digital dash cluster and a comprehensive active safety suite. It remains to be seen how the brand will package together optional features, although the GV80 has some properly luxe offerings internationally, like “ghost” door closing which softly shuts doors if you leave them slightly ajar.

Genesis says the GV80 will launch on time despite the current COVID-19 restrictions.

The large SUV will also ship with a five-year warranty complete with all five years of servicing and roadside assist included at no cost.

Stay tuned for pricing and spec closer to the GV80’s mid-2020 launch window.