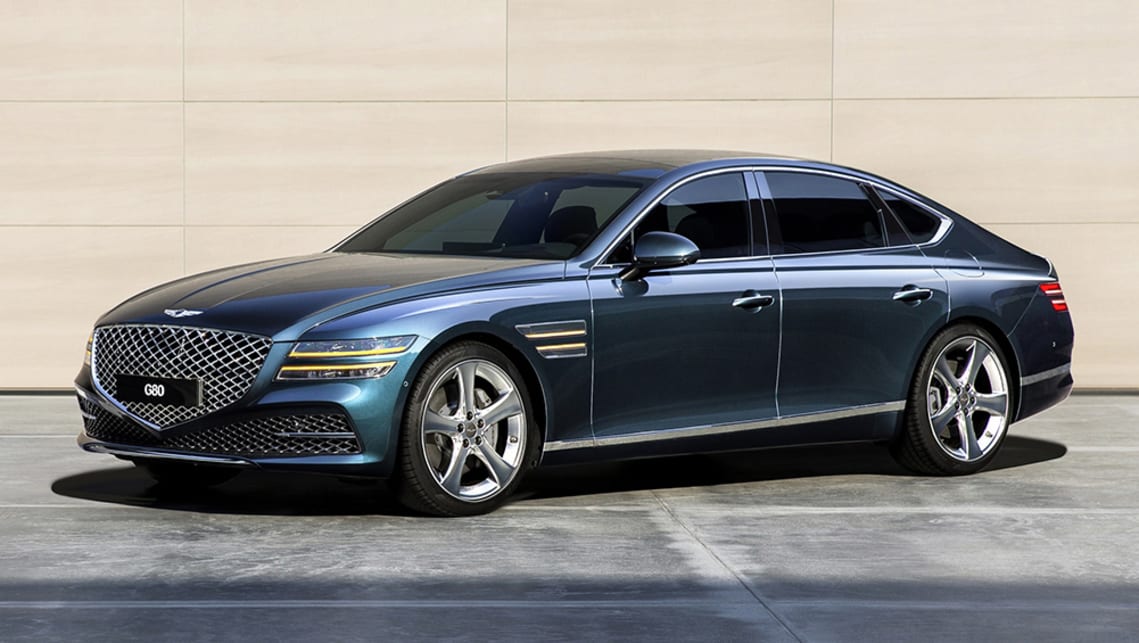 Genesis has officially confirmed that its new-generation G80 four-door sedan will be offered with three engines, at least in overseas markets when it launches later this year.

Genesis’ press materials also mention that the new G80 will be available in rear- and all-wheel-drive forms, though which engines gain the all-paw option remains unclear.

While Australian specification and details are yet to be locked in, local GV80 vehicles will be offered with three engine choices, meaning the new G80 sedan could also follow suit.

However, the G80 isn’t scheduled to be launched until the second half of the year, with full details – including pricing – still to come.

For reference, the existing G80 is available with a single engine – a 232kW/397Nm 3.8-litre petrol V6 that drives the rear wheels.

Measuring 4995mm long, 1925mm wide, 1465mm tall and with a 3010mm wheelbase, the new G80 is longer and wider than before, but also shorter. Wheelbase length remains the same.

Weight however, is down on before, with Genesis using aluminium for around 19 per cent of the new sedan’s body, “reducing the weight by 125kg … thus increasing fuel efficiency and performance”, according to the brand.

Also used in the new Genesis G80 is acoustic glass in the windshield and doors, while extra sound insulation and sound deadening materials are used to decrease NVH levels.

Safety is also a key point in the new G80, which features updated versions of advanced driver-assistance systems included.

Headlining the new systems is an updated version of the brand’s highway driving assist that combines adaptive cruise control and lane-keep assist to maintain speed and positioning.

The passenger’s seat can also adjust itself in the event of an incoming collision to put the front occupant in the safest position, while the blind-spot monitoring system can also step in to avoid accidents if the driver doesn’t heed the warnings.

A total number of 10 airbags area also littered throughout, including a centre airbag between from occupants that is needed to score a full five-stars in ANCAP’s stricter testing procedure.

Aside from safety, the new Genesis G80 also boasts a swathe of new technologies such as remote smart parking, a 12.3-inch digital instrument cluster with 3D effect, 14.5-inch widescreen multimedia touchscreen with augmented reality support, valet mode, Apple CarPlay/Android Auto, satellite navigation and the ability to be updated over the air.