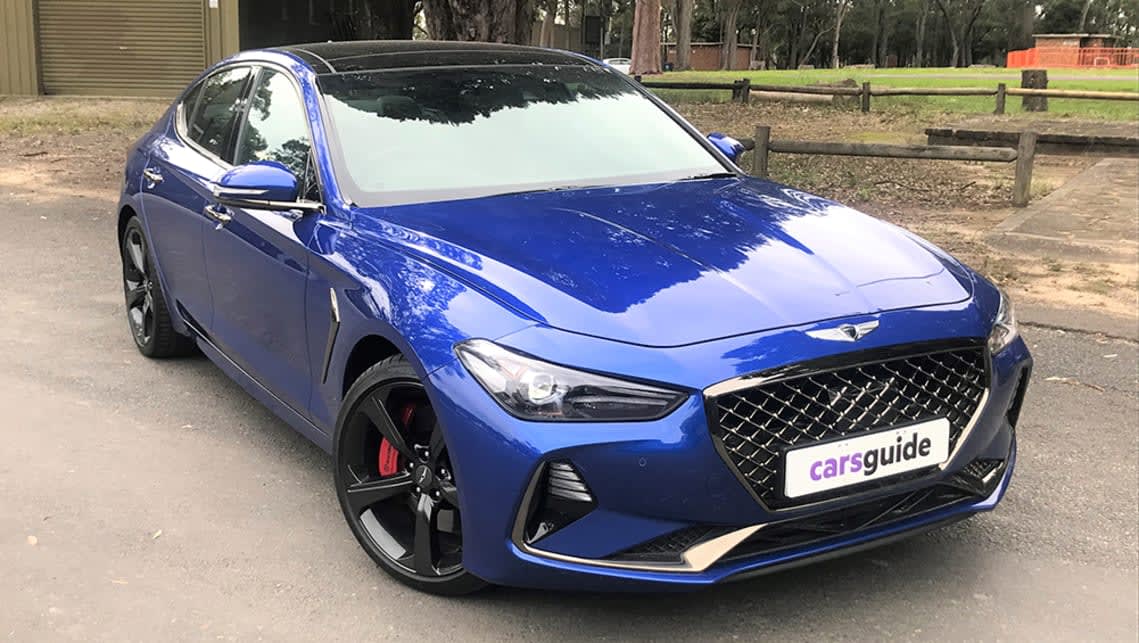 Hyundai’s premium brand, Genesis, will take another step towards relevance when it releases the facelifted version of its answer to the BMW 3 Series and Mercedes-Benz C-Class mid-size cars, the G70. And in good news for buyers, it will reportedly be more powerful than the current model.

According to Korean Car Blog, the G70 has completed its emissions and noise certification in South Korea, with the Ministry of Environment’s report revealing it will once again share its engines with the mechanically related Kia Stinger, which itself was just facelifted.

Interestingly, the Ministry of Environment’s report makes no mention of the Stinger’s new 2.5-litre single-turbo Smartstream four-cylinder petrol engine also being used in the G70. It produces 224kW of power at 5800rpm and 422Nm of torque from 1650-4000rpm.

Conversely, the G70’s 2.2-litre single-turbo R II four-cylinder diesel engine has completed its emissions and noise certification in South Korea, having been discontinued in the Stinger globally. It still punches out 147kW at 3800rpm and 441Nm from 1750-2750rpm.

While it remains to be seen if the former comes to fruition in the G70, the reason for the latter’s return could be the model’s addition of a second body-style, with the new wagon – or Shooting Brake – set to focus on the European market from late next year.

As for the rest of the G70’s facelift, the exterior will be heavily revised front and rear to reflect the new Genesis design language, while the interior changes will be headlined by a redesigned steering wheel and a 10.25-inch central touchscreen.

The facelifted G70 is expected to be released in the first half of next year. For reference, the current model is priced from $59,300 to $79,950 plus on-road costs in Australia.