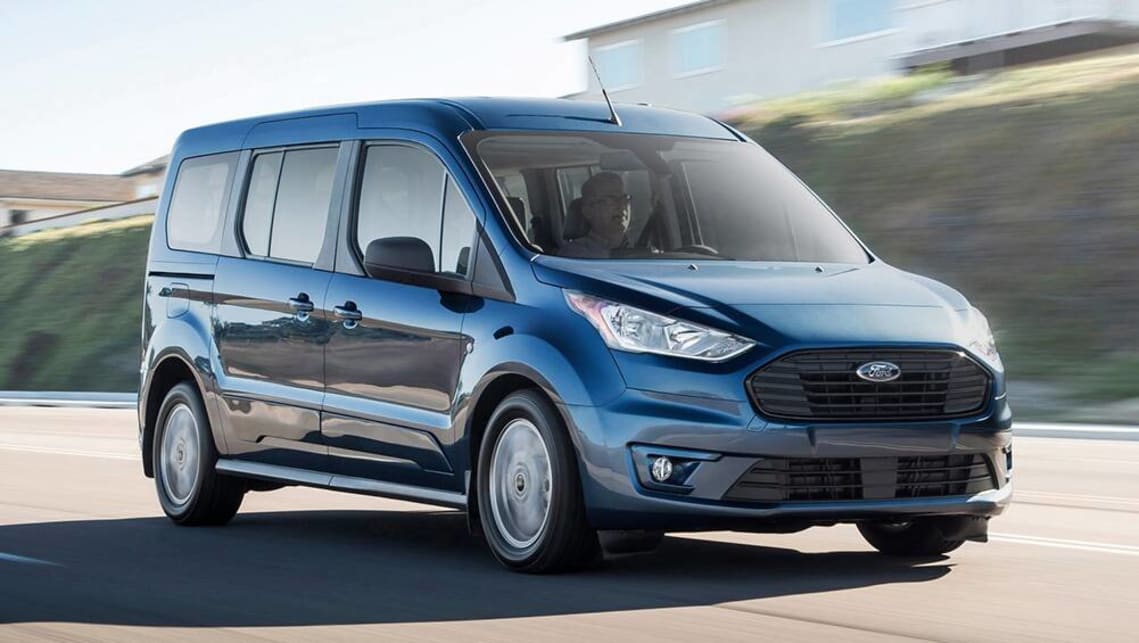 Ford is set to return to the Australian small van scene in 2022 with the release of the all-new Transit Connect.

To be based on the equally box-fresh and slightly bigger Volkswagen C5-series Caddy, which debuted in Europe back in February and is due sometime next year, the Connect will bolster Ford Australia’s burgeoning commercial vehicle line-up after the solid success of the mid-size Transit Custom and full-size Transit vans.

Additionally, the Connect is expected to be joined by a multi-seat people-mover model known as the Tourneo Connect, matching the Caddy Life version that has been available in two wheelbase sizes in its existing third-generation guise in Australia since the mid-2000s.

Although the as-yet unseen 2022 Transit/Tourneo Connect is expected to adopt a corporate Ford-look nose and other minor trim changes for maximum visual differentiation from the Caddy, all will most likely be identical beneath their crisp new skin.

This means a variation of VW’s MQB modular transverse architecture that has served the Mk7 Golf since late 2012, housing initially an 84kW 1.0-litre three-cylinder turbo-petrol or 90kW 2.0-litre four-cylinder turbo-diesel unit in the German-branded machine. Each will drive the front wheels via a six-speed manual or seven-speed DSG dual-clutch automatic transmission.

A big departure for the latest Caddy is the switch from leaf-spring rear-suspension to a solid Panhard rod and trailing arms. The front end continues with a MacPherson-style struts but the steering rack is now more direct for greater response.

Connect production will commence alongside the Caddy in Poland in 2022.

It’s thought that the Ford will more-or-less mirror its VW twin dimensionally, which has grown slightly in length, wheelbase and width compared to the old Caddy, but has a slightly lower roof line. The extra girth especially helps to improve load capacity.

First announced in 2018, the agreement between Ford and VW will see the arch rivals share a number of platforms to save money in increasingly challenging economic conditions around the world.

Alongside Caddy and Connect, there are other projects, including sharing VW’s MEB electric vehicle architecture. Ford will look after medium trucks (2022’s Ford Ranger reskin and its VW Amarok twin) and vans (next-generation Transit Custom and T7 Transporter due from 2023). A combined output of eight million commercial vehicles alone will result over their lifespans.

It is believed that the existing Transit/Tourneo Connect generation released in Europe in 2014 was also on the Australian wishlist, but was passed up some time back due to a lack of suitable safety specification for our market – namely side airbags – that would have given it a lower-than-desirable ANCAP crash-test rating. The latter’s European NCAP score currently stands at four stars.

Ironically, the Caddy’s domination of the sub-2.5 tonne van segment, as well as high pricing since the current Connects are primarily sourced out of Turkey, also played a part in delaying the model’s Australian arrival until after the new one surfaces next year.

That said, the model-sharing alliance with VW means that Ford’s product planners may have had sufficient time to weigh in on any specific product-development shortfalls that may hurt the Connect’s chances in this market. Whether this will be helped by the recent appointment of former Ford Australia president and CEO, Kay Hart, as manager of the brand’s European van and bus business in the UK, is unknown.

One of Ford Australia’s surprise hits, the larger Transit Custom is enjoying a 20 per cent spike in popularity this year, and is closing in on the ageing Hyundai iLoad for second spot in the medium van sales race, though the HiAce redesign of last year keeps the Toyota firmly at the top.

Still, the arrival of the Transit Connect should bring a new type of buyer into Blue Oval showrooms to further bolster Ford’s commercial vehicle performance.

The last time the company offered a small van in Australia was in 1982, when the Escort small-car-based van was discontinued after a successful dozen-year run. Riding on the back of a ‘70s van craze, it was even offered as an Escort Sundowner from 1978, as a sort of pint-sized urban-runabout version of the iconic Holden Sandman-rivalling Ford Falcon Sundowner. There was even a Transit Sundowner option at the time.

Now highly prized, it makes sense for Ford to market a Transit/Tourneo Connect Sundowner, especially after the comparatively strong reception enjoyed by the recently deceased Caddy Beach. VW announced recently that it will revisit the concept with the Mini-Camper version of the new Caddy.

In Europe, the Transit Connect name dates back to 2002, when the first-generation version replaced the British-built Mk5 Escort-derived van with a dedicated commercial vehicle that essentially married a separate chassis with the original Ford Focus’ platform. After a slow start, it gained a strong following, was successfully launched in North America, and remained in production until a larger and sleeker car-based successor using Ford’s mid-sized Mondeo architecture took over from 2014.