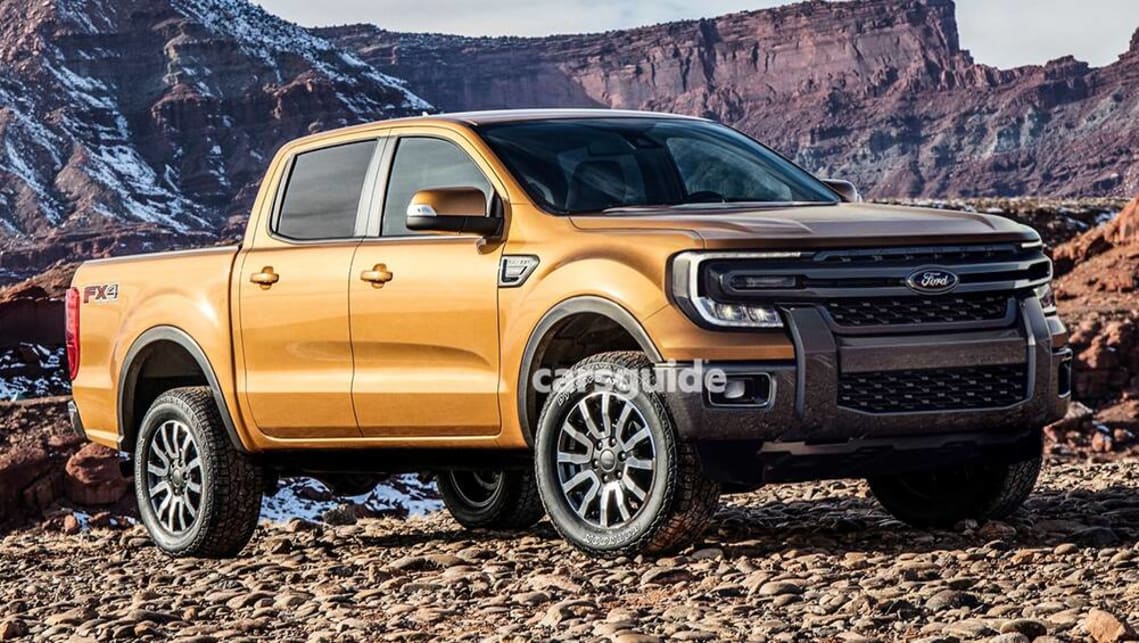 Ford Australia is putting the finishing touches to the most important vehicle it will release over the next few years, the third-generation Ranger pick-up truck.

Due to be unveiled late next year, and with sales expected to commence soon after or by early 2022, the so-called ‘T6.2’ adopts some of the chassis, mechanical and powertrain elements of the recently-unveiled U725-series Ford Bronco.

This is no surprise, as the latest Bronco is based on the T6 Ranger program and was primarily engineered in Melbourne, despite there being no official plans as yet to import the North American, Michigan-made SUV series to Australia.

These updates and upgrades more-or-less also apply to the 2022 Everest wagon, by the way.

Arguably the biggest change beside the all-new sheet metal with strong Ford F-150 truck styling overtones and completely redesigned interior (including an all-new dashboard) is the demise of the long-lived 2.2-litre four-cylinder and 3.2-litre five-cylinder turbo-diesel engines, addressing one of the most persistent criticisms of the Ranger since the T6 debuted at the Sydney International Motor Show way back in October 2010.

In their place come a pair of eagerly-awaited V6s, starting with the ‘Power Stroke’ 3.0-litre turbo-diesel from the F-150 in upper-spec grades such as Raptor. Derived from the British-built Lion engine family that dates back to 2004, and related to the 2.7-litre V6 that powered the Aussie Ford SZ Territory TDCi from 2011 to 2016, it should produce around 185kW of power and 600Nm of torque. Likely transmission choices are a six-speed manual or 10-speed automatic.

The second V6 is the first petrol-powered T6 Ranger sold in Australia – the EcoBoost Nano 2.7-litre twin-turbo as per the Bronco. In the latter, it pumps out 231kW and 542Nm, is also hooked up to the 10-speed auto, and has seen service for years in F-Series trucks Stateside. Which Rangers score this remains unclear, but don’t bet against it being Raptor and Wildtrak.

Finally, the Panther-series 157kW/500Nm 2.0-litre twin-turbo four-cylinder turbo-diesel ‘EcoBlue’ that debuted in the PX III in late 2018 will continue in an evolved form, and is poised to spread to other variants, while lower-grade Rangers will adopt a variation of the 130kW/420Nm single-turbo version as offered in other Ford vehicles. Six-speed manual and 10-speed autos are also earmarked for these engines.

To help accommodate these new powertrains, the T6.2 Ranger’s front axle has been shifted forward slightly and the tracks widened, as per the Bronco, further revealing the close ties between the two models.

Interestingly, the long-mooted move to a 3.5-litre petrol-electric hybrid powertrain is also on the cards for the new Ranger/Everest, though whether this applies to Australian-bound models remains unclear.

One thing we can rely on are sizeable improvements to the next Ranger’s road manners, thanks to a bevy of steering, suspension, chassis and body engineering upgrades that are designed to make it a better drive, both around town and out on the open road. Stronger brakes to help deal with that extra oomph are also expected, while a concerted effort to reduce noise, vibration and harshness levels has also been undertaken.

We also understand that the highly-successful Raptor will move to greater visual and specification differentiation in its T6.2 guise, with greater levels of technology and luxury to help justify its lofty pricing.

Finally, the newcomer is said to move to a more advanced level of driver-assist safety systems, switch to updated multimedia as part of Ford’s new Sync4 generation of voice-activated technology with improved functionality.

Note that while the 2022 Volkswagen Amarok II will feature a unique grille and other minor trim changes to differentiate it from the Ranger, almost all of the features and specification listed above will apply to the German-branded vehicle. It will also, most probably, arrive in Australia from the same Thai plant that supplies us with the Ford.

In the meantime, as the thoroughly revamped Ranger nears, Ford is contemplating a raft of special editions to help keep interest ticking over, such as a Wildtrak X and other limited-run value grades in the spirit of the popular FX4 line, as the Ranger’s tussle with its HiLux mortal enemy intensifies.

Clearly, Ford is planning to concede nothing to the overhauled HiLux that’s launching in Australia next month, and there’s still much more yet to learn about the 2022 Ranger, so watch this space.