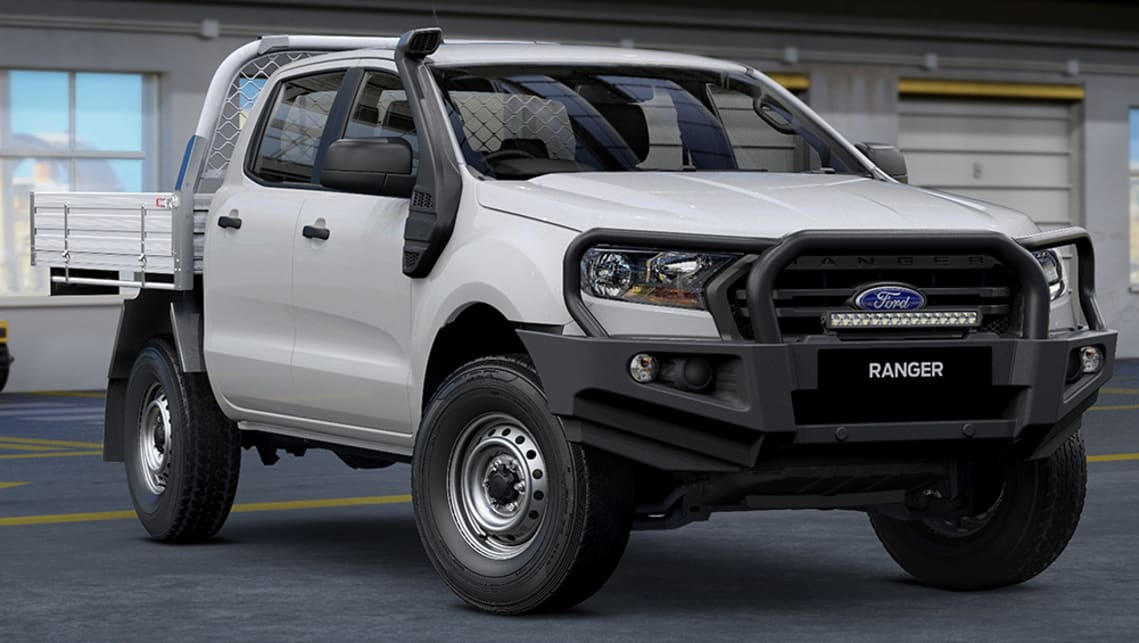 Ford Australia has expanded the MY20 Ranger ute line-up once again, with the XL Special Edition the latest addition alongside an extra-cost Fully Loaded package for the XLT grade as well as other new options for existing variants.

Now on sale, the XL Special Edition is available in a single variant, a 4×4 dual-cab chassis with a 147kW/470Nm 3.2-litre turbo-diesel five-cylinder engine and a six-speed torque-converter automatic transmission, which is priced from $49,990 driveaway.

Over the XL grade, the XL Special Edition adds a factory-fitted steel bull bar, an LED light bar and a fixed-head snorkel, with the former compatible with the autonomous emergency braking (AEB) system with pedestrian detection.

Available in showrooms from next month, the Fully Loaded package adds $1500 to the driveaway pricing of two 4×4 XLT dual-cab pick-up variants, with one featuring the aforementioned engine-transmission combination and the other instead using a 157kW/500Nm 2.0-litre twin-turbo four-cylinder diesel and a 10-speed torque-converter automatic.

In terms of other new options, 4×4 XLs can now be had with $500 17-inch steel wheels wrapped in all-terrain tyres (Continental ContCrossContact), and a $1600-2000 Heavy-Duty Pack that adds the tyre and wheel package as well as heavy-duty suspension, solid wheel nuts, black side steps (excluding single-cab chassis) and a reversing camera (cab-chassis only) to select variants.

Furthermore, the XLS grade can now be optioned with black 17-inch alloy wheels for $750, while a factory-fitted spray-in bedliner is now available for XL, XLS, Sport and XLT dual-cab pick-ups for $300-800.

All of the Ranger’s new options are covered by Ford Australia’s five-year/unlimited-kilometre warranty.

As reported, the Toyota HiLux rival had its pricing increased for the third time in six months in May, with variants up $400-700.