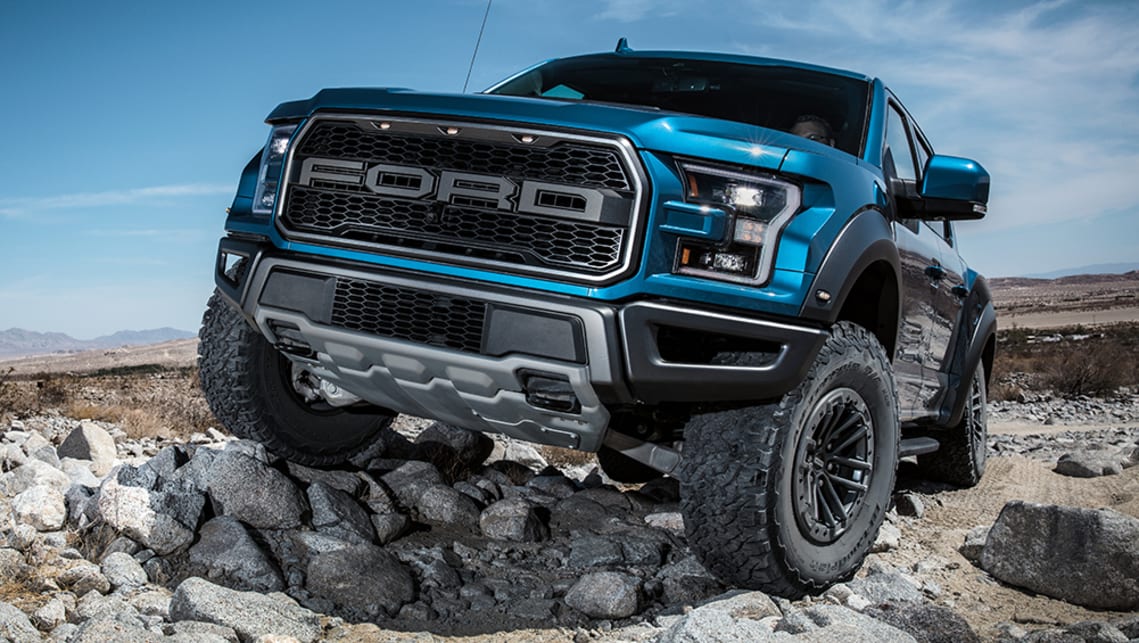 According to a fresh report, the new Ford F-150 Raptor will be getting a major power boost to take on the recently revealed Ram 1500 TRX, with the full-size pick-up’s performance flagship set to get the Mustang GT500 muscle car’s supercharged V8 engine.

The Drive claims a Ford insider told its source the F-150 Raptor will swap its 336kW 3.5-litre twin-turbo EcoBoost V6 for the Mustang GT500’s 5.2-litre supercharged Predator V8, which is expected to punch out anywhere between 541kW and 559kW of power under the dual-cab ute’s bonnet. For reference, it makes 567kW in the muscle car.

“Honestly, we had to counter Ram once we knew they installed the Hellcat (engine) in the (1500) TRX,” the Ford insider allegedly said to The Drive’s source.

As reported, the 1500 TRX serves up a 523kW power punch from its 6.2-litre supercharged V8, so the new Ford F-150 Raptor will undoubtedly have bragging rights if the engine transplant comes to fruition upon its expected reveal early next year.

That said, the 1500 TRX might have the advantage when it comes to torque, as it produces 881Nm, while the Mustang GT500 ‘only’ develops 847Nm, so the F-150 Raptor would need a higher tune of the muscle car’s engine to be the outright outputs champion. Either way, the full-size pick-up will be stepping up from 691Nm.

Adding fuel to the fire, YouTube channel F150gen14 published a spy video of a new F-150 Raptor development mule last week, with some pundits convinced they could hear the rumble of a supercharged V8.

But according to The Drive, there’s more to the new F-150 Raptor than a supercharged V8, with another one of its development mules recently spied hiding what appears to be coil-sprung rear suspension, although additional underbody cladding around the axle covered up where leaf springs would normally be seen.

It’s also been suggested Ford might decide to offer the new F-150 Raptor with both the 3.5-litre twin-turbo V6 and the 5.2-litre supercharged V8, with the former continuing on as the full-time variant, while the latter is sold as a special edition, but time will tell.

Either way, don’t expect Ford to sell the new Raptor in Australia, as the 14th-generation F-150 upon which it’s based is so far only confirmed for left-hand-drive markets. That said, local converters may be up to the task, as they have been with previous generations of the full-size pick-up.