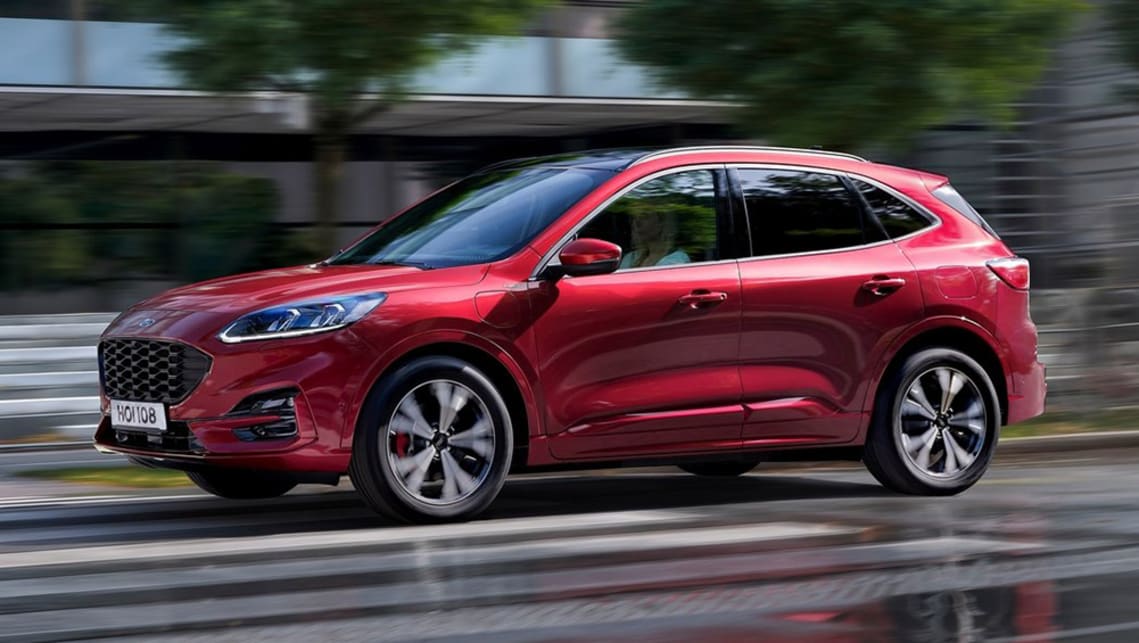 Ford is said to be preparing a seven-seat version of the new-gen Escape due sometime in the next few years with a stretched wheelbase, longer body and extra row of seats… but the big question is, will it come to Australia?

Expected to be built at the same Valencia plant in Spain as the fourth-generation Escape/Kuga identical twins that is launching later this month, it will follow in the steps of the Volkswagen Tiguan Allspace in being an elongated version of the five-seat medium-sized SUV donor car, with an extra, mainly kids-only, row in the back.

In the Ford’s case, this means the fourth-generation Escape, of course, and that’s based on the ever-expanding C2 architecture engineered in Germany. It currently underpins the underrated Focus small car, all-electric Mustang Mach-E and – most tellingly – the new Bronco Sport (the smaller city-friendlier version of Ford’s off-roader icon) known as Project CX430 internally, demonstrating the flexibility built into the platform.

This means the extended Escape will be shorter and narrower than large SUV equivalents like the Toyota Kluger, Mazda CX-9 and Hyundai Santa Fe, and will be pitched at a more urban demographic than the Australian-built Ford Territory – the Blue Oval’s last (and successful) foray into the seven-seater realm.

Overseas reports are dubbing the newcomer ‘Kuga Sport’ or ‘Grand Kuga’, so a name like Escape Sport is possible for Australia, though nobody at Ford Australia will comment.

If Ford does elect to import the Escape seven-seater to Australia, it would usurp the slow-selling Endura, which is a rebadged Edge large SUV sourced from Canada.

In Europe, the Kuga seven-seater will effectively replace three Fords – the Edge (an Endura with a better name and more powerful engine option), S-Max wagon and Galaxy people mover. Conceptually, the latter two are similar to the Honda Odyssey and Kia Carnival respectively.

Ditching the people mover for three-row SUV is in keeping with consumer tastes nowadays, and should give Ford a quality European 5+2-seater alternative to the Tiguan Allspace, Skoda Kodiaq, Mazda CX-8, Honda CR-V and Nissan X-Trail, as well as luxury offerings such as the Land Rover Discovery Sport and Mercedes-Benz GLB.

This could be a very important vehicle for Ford Australia, as it expands the brand beyond the ‘Ranger Truck Company‘ it effectively has become in this country.