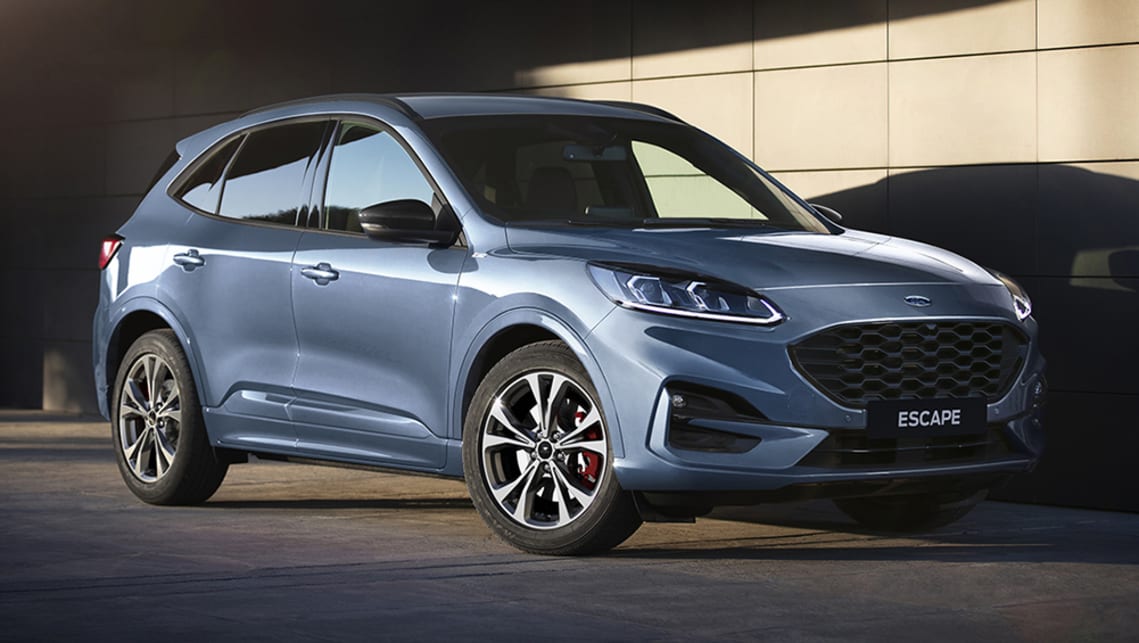 New Ford Escape 2020 vs the world: Is the new mid-size SUV a Toyota RAV4 and Mazda CX-5 beater?

Ford Australia has just priced its new-generation Escape mid-size SVU, but does it have a chance at toppling the reigning favourites such as the Mazda CX-5 and Toyota RAV4?

Though the point of entry is now $7000 higher than before, you get a peppy 183kW/387Nm 2.0-litre turbo-petrol engine and an eight-speed torque converter automatic transmission.

At Mazda, the cheapest automatic CX-5 is the front-drive Maxx, which you can buy for $32,880 and comes with a 115kW/200Nm 2.0-litre petrol engine and six-speed transmission.

Coincidentally, the closest match to the Escape’s output is actually the Holden Equinox, which can be had with a 188kW/353Nm 2.0-litre turbo-petrol engine for $36,990 in LT FWD form, though supply of the Holden SUV will be limited with the brand winding down operations.

So, the base Ford Escape has its competitors beat on engine outputs, but what about equipment?

All three models appear lineball in terms of kit then, but safety is crucial for any potential buyers, especially those with a young family.

The Ford and Toyota also have front parking sensors as standard, which the Mazda misses out on. However, the CX-5 sports G-Vectoring control for smoother cornering.

We’d also be remiss if we didn’t mention electrification, which is available in the Ford and Toyota, but not the Mazda, but more on that soon.