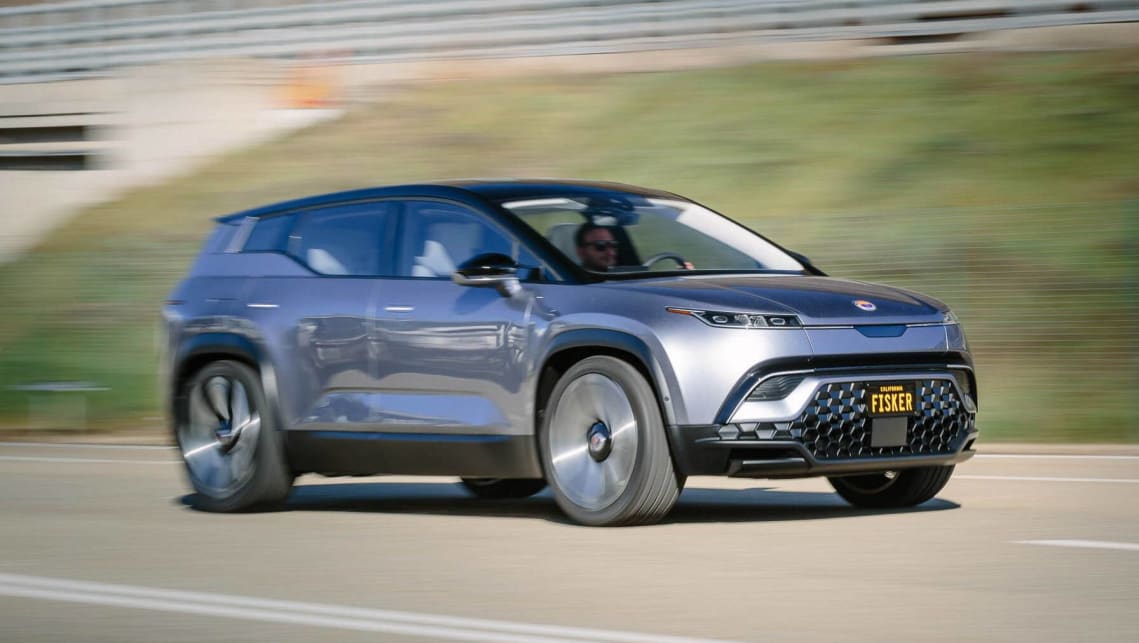 Would-be Tesla rival Fisker is apparently in talks to secure Volkswagen’s MEB all-electric platform and battery technology to underpin its debut Ocean SUV, which is confirmed for an Australian release.

The news comes as Fisker goes public on the US stock exchange, where it filed information to the US Securities Exchange Commission (SEC) that it plans to utilise the VW MEB architecture to cut costs and halve the development time of the Ocean, according to industry source Automotive News.

The brand’s CEO, Henrik Fisker (who some might know as a car designer of iconic models such as the BMW Z8), has explained to other outlets in the past that the brand does not need to make all of its own components.

The suspiciously VW-esque steering wheel in pre-production images should have been a giveaway.

The California-based Fisker merged with Spartan Energy Acquisition in order to go public, which reportedly raised US$1 billion in proceeds that will go toward funding the development of the Ocean SUV.

Fisker claims the Ocean EV is “the world’s most sustainable vehicle” and will have between a 402 and 483km range thanks to an 80kWh battery pack, vegan and recycled interior materials and an electric motor output of “more than 225kW.”

The interior features a Tesla-style 16.0-inch multimedia screen and a 9.8-inch digital dash cluster in an otherwise minimalist design. The brand pitches the Ocean as having a “vastly spacious interior”, including a 566-litre boot. The brand also promises decent towing capacity, with further details to be confirmed in 2021.

The Ocean clearly guns for Tesla on the inside, with a screen-heavy but simplistic design.

The right-hand drive capable VW platform utilisation adds to the likelihood of the Fisker launching in Australia – an idea which was confirmed by Henrik Fisker himself in 2019 when asked if the car would be available Down Under.

VW Australia says it will be 2022 at the earliest before we see any of its MEB-based ID range of all-electric models on sale locally.