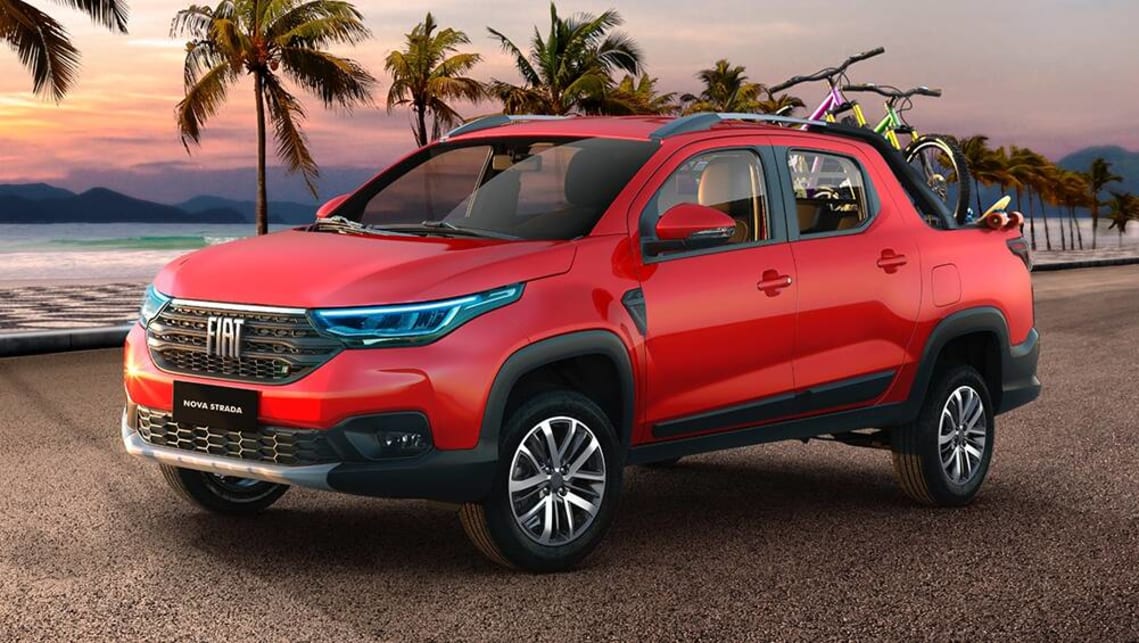 Fiat Professional’s new Strada ute has been detailed for the South American market, but don’t expect the baby pick-up to be offered in Australian showrooms anytime soon.

Designed to slot in below the Toro workhorse as a lifestyle ute, the new Strada is just 4480mm long, making it nearly a metre shorter than the market-leading Toyota HiLux (5350mm in Rugged X form) and even smaller than the Mazda3 hatchback (4460mm).

Likely designed to rival the upcoming Hyundai Santa Cruz, which was spied testing earlier this year, three versions of the Strada are available – the Freedom, Endurance and Volcano – as well as dual-cab and single-cab body styles.

Powering the new Strada is either a 1.4- or 1.3-litre petrol engine, producing 65kW/123Nm and 81kW/139Nm respectively, both paired to a five-speed manual gearbox.

Single-cab version will take a payload of up to 720kg and 1354 litres, while dual-cab versions drop to 650kg and 844L to accommodate five passengers.

Light off-roading is also afforded by a ground clearance of 208mm and an approach angle of 24 degrees in the Strada.

Inside features a 7.0-inch multimedia touchscreen with Apple CarPlay/Android Auto support, while controls also feature on the steering wheel and black plastic abounds throughout.