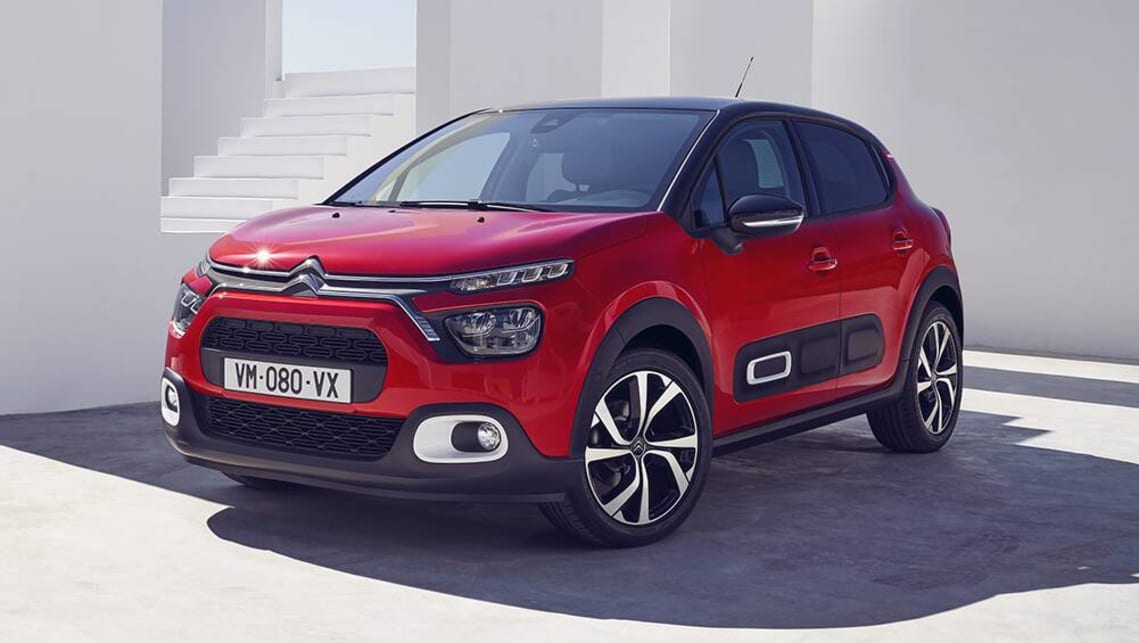 Citroen has revealed the mid-life facelift of its third-generation C3 light hatch, which is due in Australian showrooms in the second half of this year.

Referencing the CXperience concept from the 2016 Paris motor show, the C3 features a new version of Citroen’s double-chevron logo at the front, the lower louvre of which falls away at its ends, linking up with the LED daytime running lights. There’s also a fresh set of LED headlights.

Around the side, the C3 now has three of its signature Airbumps, instead of the previous seven. As a result, the protective design highlights are much wider than before. New 16- and 17-inch alloy wheel designs are also present. Squint and you’ll notice the fresh multi-colour graphic on the C-pillar.

Inside, Advanced Comfort front seats have been introduced to aid, well, comfort alongside the addition of a central armrest for the driver. New trim options are also available.

It’s impossible to tell the difference between the pre-facelift and facelifted C3 from behind.

Safety-wise, front parking sensors have been added as part of the update.

Local pricing and specification will be released closer to the facelifted C3’s release date.

For reference, the pre-facelift version is offered in a single variant, dubbed Shine, and is priced from $26,990 plus on-road costs.

The Shine is powered by an 81kW/205Nm 1.2-litre turbo-petrol three-cylinder engine, which is mated to a six-speed torque-converter automatic transmission. This combination is likely to carry over.