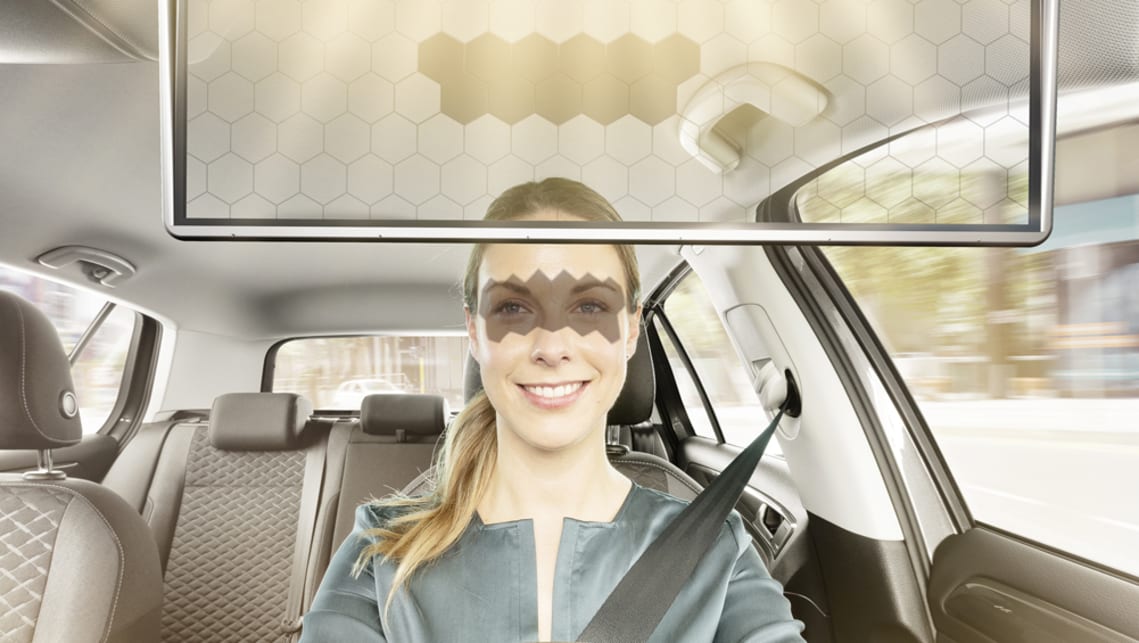 Bosch has shown off a new-generation in-car visor that will block out glare based on the sun’s position and the driver’s face.

Called Virtual Visor, the new technology will eliminate the need to use sunglasses while driving by using a transparent LCD and head-tracking camera to shield eyes from incoming glare.

With sun glare accounting for twice as many car accidents than any other weather-related condition according to the National Highway Traffic Safety Administration, Bosch is hoping its new in-car technology will increase road safety by not blocking a driver’s line-of-sight like a traditional visor.

The camera can track the driver’s face and position the glare-reducing visor to match their eyes, keeping the rest of the visor transparent and visible.

Bosch Car Multimedia boss Dr Steffen Berns said: “For most drivers around the world, the visor component as wee know it is not enough to avoid hazardous sun glare – especially at dawn and dusk when the sun can greatly decrease drivers’ vision.

“Some of the simplest innovations make the greatest impact, and Virtual Visor changes the way drivers see the road,” he said.

It remains unclear which vehicles will first make use of the Virtual Visor, but the technology is on display at this year’s Consumer Electronics Show (CES).