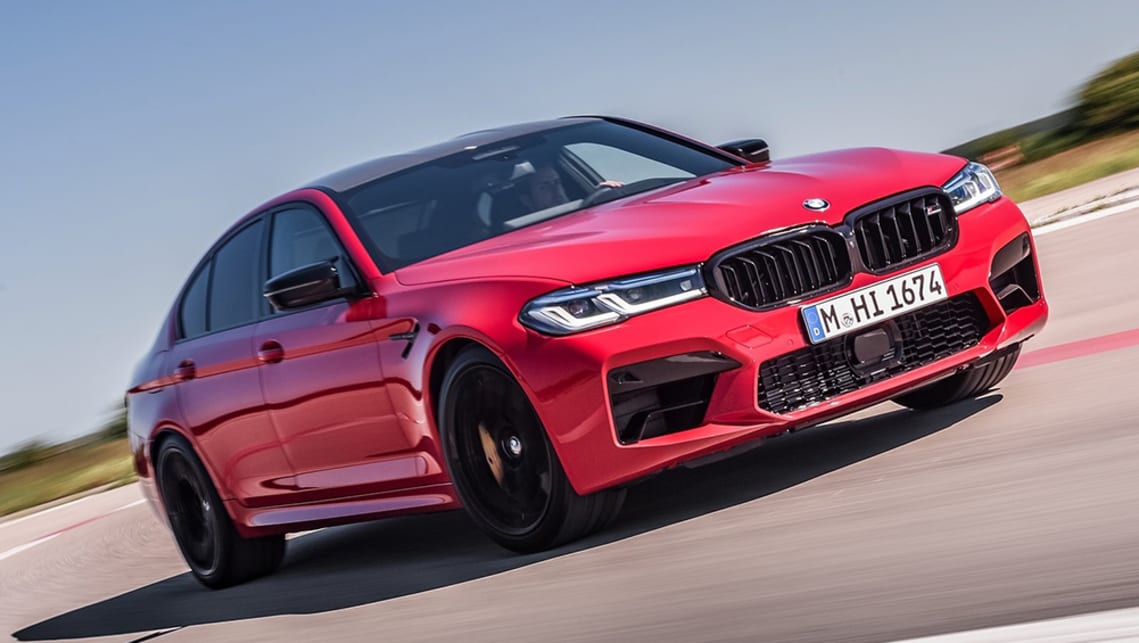 BMW Australia has revealed pricing for its updated M5 Competition hero sedan, which cops a $10,000 price rise and now starts at $244,900 before on-road costs.

Touching down in Australia from October, the facelifted M5 Competition scores tweaks to its dynamics, equipment list and styling to justify the price jump.

Headlining the mechanical changes are a revised suspension set-up borrowed from the M8 Competition Gran Coupe and stiffer engine mounts, which result in “noticeably greater directness and precision”, according to BMW.

Inside, BMW has added a 12.3-inch multimedia touchscreen running OS 7.0 to keep the M5 Competition in line with the rest of the updated 5 Series range landing at the same time.

A ‘Track’ drive mode has also been added alongside ‘Road’ and ‘Sport’ settings, which will deactivate all driver assists, change the read-outs of the instrument cluster and head-up display, and turn off the audio system and rear-end collision warning.

From the outside, the new M5 Competition can be distinguished by a tweaked kidney grille finished in gloss black and reworked front bumper with larger air intakes.

As a result, the M5 Competition will accelerate from zero to 100km/h in just 3.3 seconds, while Australian-delivered cars top out at 305km/h.