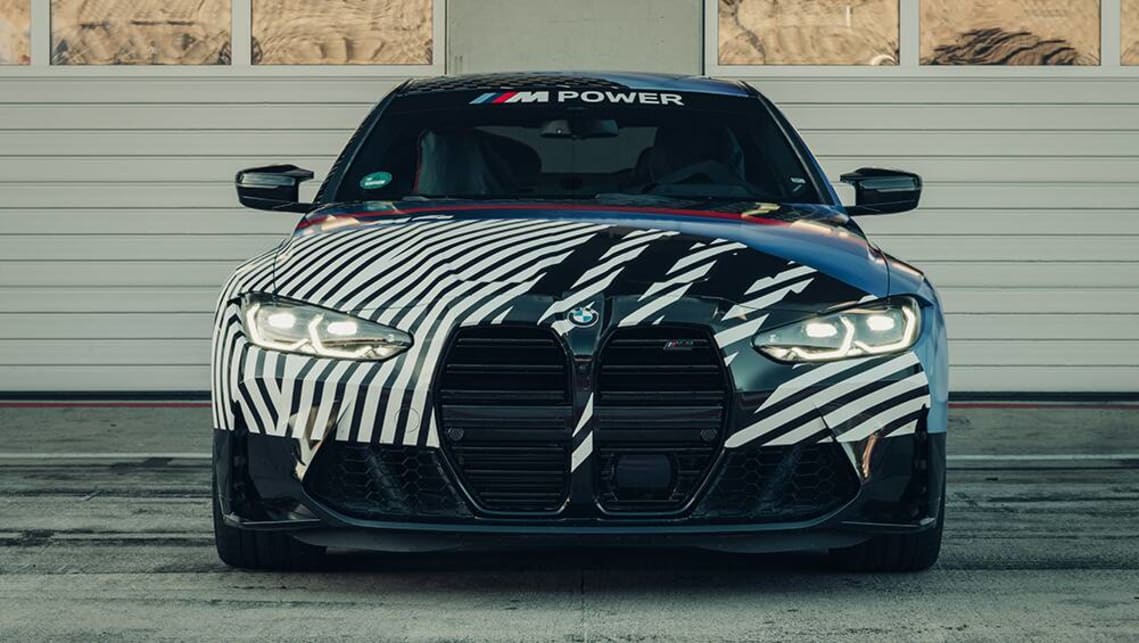 BMW M has finally let the cat out of the bag, confirming just how much power the next-generation M3 and M4 sports cars will have when they’re revealed on September 23.

As expected, both the M3 sedan and M4 coupe are available in two tunes of the same 3.0-litre twin-turbo inline six-cylinder petrol engine, with the unnamed entry-level grade producing 353kW and the Competition flagship developing 375kW.

If these outputs sound familiar, that’s because they’re shared with the X3 M and X4 M mid-size SUVs, which are also powered by BMW M’s new S58 unit.

While BMW M is yet to confirm how much torque the M3 and M4 develop, we needn’t look any further than the X3 M and X4 M to find out, with the pair punching out 600Nm in both the unnamed entry-level grade and the Competition flagship.

As reported, all-wheel-drive versions of the M3 and M4 will be available for the first time, although they will launch at a later date, with next month’s reveal to be headlined by the traditional rear-wheel-drive variants.

At the very least, BMW M has confirmed the RWD M3 and M4’s unnamed entry-level grade and Competition flagship will be respectively mated to a six-speed manual and an eight-speed torque-converter automatic as standard from launch.

That said, it’s possible the unnamed entry-level grade will have the eight-speed torque-converter automatic as an option, just like the Competition flagship will eventually have with AWD, which will be the M xDrive system with ‘drift mode’.

In confirming the M3 and M4’s power outputs, BMW M also released images of the latter in its coupe body-style with the least amount of camouflage yet.

Naturally, the M4 coupe is highlighted by its oversized version of BMW’s signature kidney grille, a design element that will also feature on the M3 sedan.

The M3 sedan and M4 coupe will arrive in BMW Australia showrooms in the first half of next year, with the new M3 Touring wagon and M4 convertible to follow at a later date. All will rival the Mercedes-AMG C63.