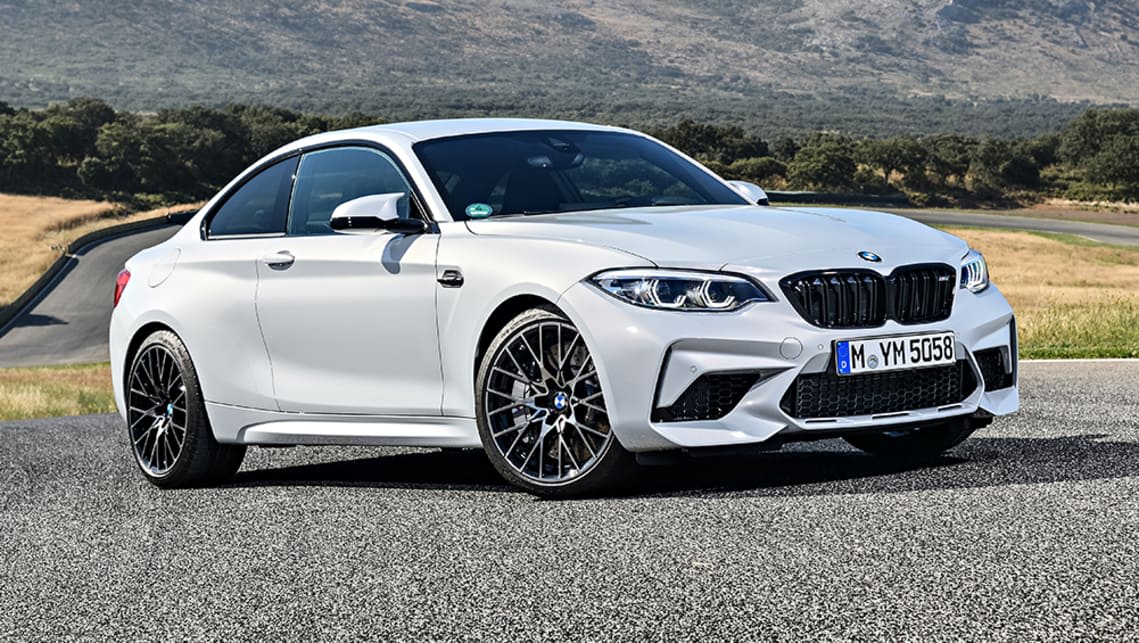 BMW is allegedly preparing a trio of small high-performance cars, headlined by a second-generation M2 coupe with “at least” 313kW of power.

In addition to its 313kW-plus, this unit will produce 550Nm of torque under the M2 coupe’s bonnet, which would not only represent generational gains of 41kW/85Nm in entry-level form, but would solidify it as a segment standout.

The news only gets better for purists, as the M2 coupe will indeed remain a rear-wheel-drive proposition, while an eight-speed torque-converter automatic will be subbed in for the current seven-speed dual-clutch unit. A six-speed manual transmission will also carry over.

These combinations will be enabled by BMW’s mild-hybrid-ready CLAR platform, which will underpin the M2 coupe, as it does the mechanically related Z4 roadster and Toyota Supra coupe.

It will be a different story, however, for the other two members of the incoming trio, with the 1 Series M to return in hatch form, while a M2 Gran Coupe sedan will be produced for the first time. Both will be all-wheel drive, courtesy of their FAAR platform.

The 1 Series M (official name yet to be confirmed) and M2 Gran Coupe will use an uprated version of the B58 2.0-litre turbo-petrol four-cylinder engine found in the M135i and M235i Gran Coupe, tuned to produce around 298kW.

As such, the duo will take on the soon-to-be-released Mercedes-AMG A45 and CLA45 respectively, which develop up to 310kW/500Nm in their flagship S forms.

As with any M model, the M2 coupe, 1 Series M and M2 Gran Coupe are expected to adopt more aggressive styling cues than the models they are based upon.