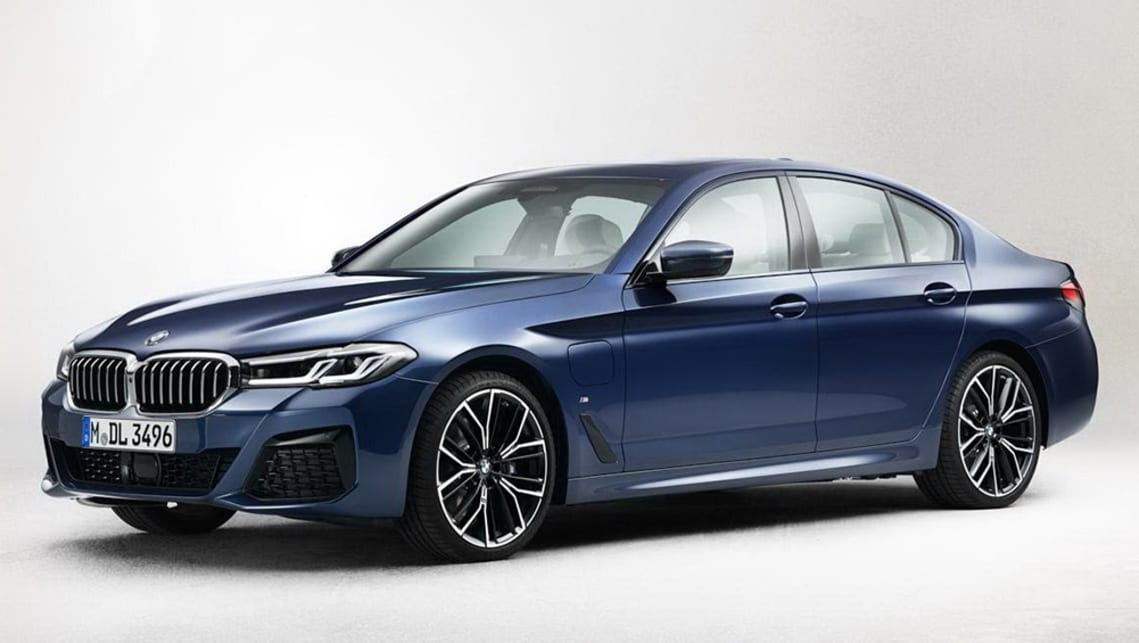 Another day, another BMW leak. This time, it’s the seventh-generation 5 Series sedan’s mid-life facelift that has appeared online earlier than expected.

Two images of the updated 5 Series were published on germancarforum, showing its subtle exterior revisions that bring it closer in line with the recently launched seventh-generation 3 Series sedan.

Up front, the new 5 Series has a larger version of BMW’s signature kidney grille, although it doesn’t come closer to approaching the size of versions the 7 Series sedan and X7 SUV wear.

The flanking LED headlights have been completely redesigned and now incorporate dual-hockey-stick-style daytime running lights – just like the three aforementioned BMW models – as part of their sleeker look.

The example shown here is of the M Sport variety, and its body kit is more aggressive, with the front bumper adopting larger side air intakes, while its central mesh grille is flanked by a ‘smile’ that now bisects the aforementioned LED headlights.

At the rear, the dual-hockey-stick signature is more prevalent in the tweaked tail-light clusters, while bumper is blockier and has a sportier diffuser insert.

No images of the upcoming 5 Series cabin have been released yet, but it’s safe to assume its touchscreen and digital instrument cluster will be running BMW’s latest multimedia system.

Similarly, there’s no word yet on powertrains, although the example depicted here is a 530e, meaning at least one plug-in hybrid will be available globally.

Ahead of its official reveal later this year, CarsGuide has contacted BMW Australia to see when the facelifted Mercedes-Benz E-Class and Audi A6 rival will enter showrooms.