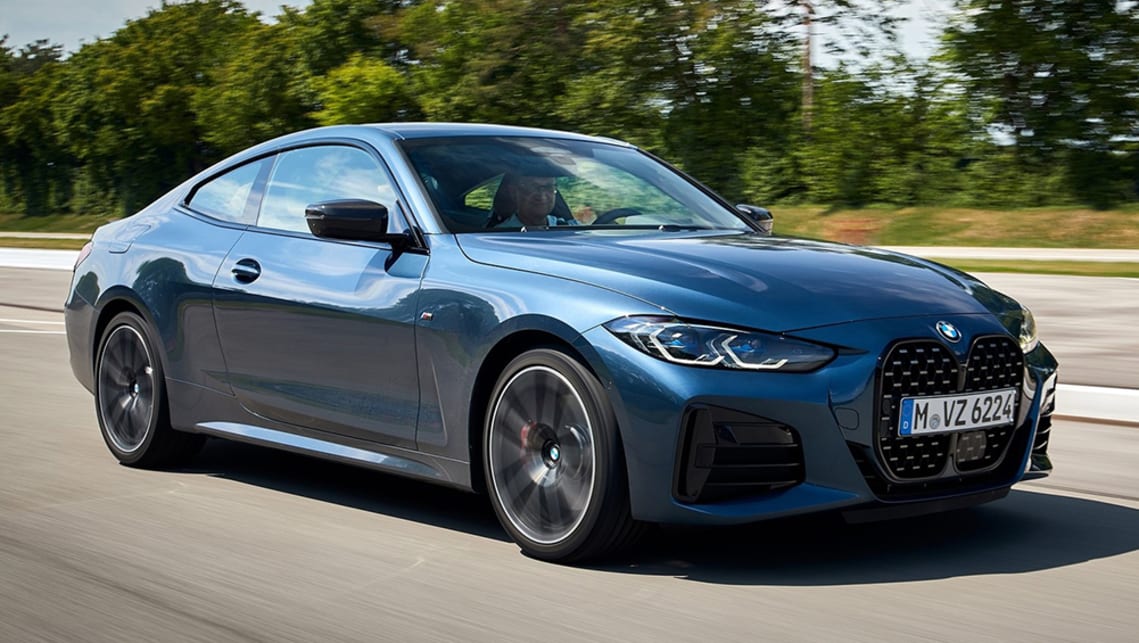 New BMW 4 Series, Mercedes-Benz C-Class, Audi A3 are why you should wait before buying your next luxury car

It’s an understatement to say 2020 has been a challenging year for most, particularly the car industry, but the hard times won’t last forever.

And when things get better, buying a new luxury car might be the perfect way for some of us to celebrate.

There are some important and exciting new models headed our way in the next 18 months in the luxury passenger car space – SUVs are another story – so here’s our guide to what you can expect.

Love it or hate it, the new-look 4 Series is headed our way next month (October). The huge new grille has polarised opinions, but has succeeded in further separating the 4 Series from the 3 Series that it shares key parts of its mechanical DNA.

BMW Australia has confirmed it will launch with three variants – the 420i, 430i and M440i.

Small cars are big business for the premium brands, so the arrival of the new A3 Sportback and sedan is important for Audi. The Sportback (or hatch) will arrive first, by the end of 2020, with the sedan following in early 2021.

While pricing and detailed specifications for the new model haven’t been announced yet, we do know the sharply styled small cars will carryover the existing 1.4-litre four-cylinder turbocharged petrol engine; at least initially. Audi cites Australia’s reluctance to move to Euro6 emissions standards as a key factor in our missing out on the new, more advanced mild-hybrid 1.5-litre unit offered in Europe.

Still, expect the A3 range to expand at a steady rate over the next few years with the arrival of 2.0-litre models and the inevitable S3 and red-hot RS3 performance variants; but they aren’t likely to hit local showrooms until 2022 at the earliest.

After laying the groundwork for the brand with the original G80 and G70 sedans, Hyundai will get serious about its luxury division in 2021. There’ll be the new GV80 SUV, as well as an all-new G80 limo, but there’ll also be the refreshed G70.

This is Genesis’ rival to the Audi A4, BMW 3 Series and Mercedes-Benz C-Class – the heartland of the luxury car market. If the new-look G70, with bigger grille and new ‘Quad Lamp’ headlights, can crack into the big three’s stranglehold on the compact executive sedan market, it will be a big deal.

It will have to make do with carryover engines however, with the 2.0-litre turbo-petrol four-cylinder and 3.3-litre twin-turbo V6 expected to remain under the reprofiled bonnet.

Pricing will also be important, with Genesis tight-lipped on if it will readjust the pricing until closer to its launch in the first half of 2021.

While SUVs continue to increase in popularity, the compact executive sedan market remains near and dear to the hearts of the true luxury brands. So, with BMW launching the new 3 Series in 2019, Mercedes is preparing its counterpunch with the new-generation C-Class set for some time in 2021.

Mercedes global boss Ola Kaellenius recently hinted the new model would borrow heavily from the recently-unveiled S-Class, but could also debut its own technology and luxury advancements.

Expect the new C-Class to feature new engines, with electrification likely to figure prominently given the shift in the overall market. You should also expect a much more hi-tech cabin than the current model, with Mercedes’ ‘talking’ MBUX interface a certain starter alongside larger digital screens to display and control most functionalities.

While the new C-Class will get its global reveal in 2021 you should expect it in Australian showrooms sometime in 2022.