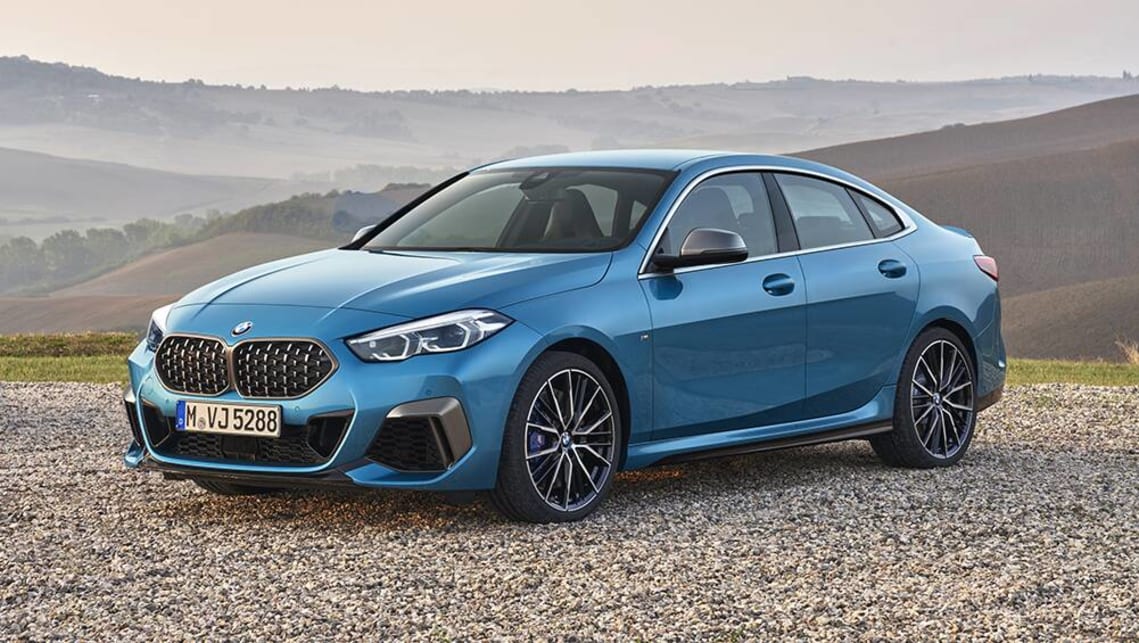 BMW Australia will soon have another tool in its small-car arsenal, with the brand set to welcome the first 2 Series Gran Coupe, which will directly take on the Mercedes-Benz CLA.

The all-new 2 Series Gran Coupe is built on the same compact architecture as the smaller BMW 1 Series (and also the Mini range), and essentially offers a mirrored spec range at launch to the 1er hatchback.

The only thing that is different between the specification levels of the 1 Series hatch and 2 Series Gran Coupe models is the latter adopts a 40:20:40 split-fold rear seat instead of a 60:40 setup.

BMW Australia is not only pitching the model as an alternative to other models in the line-up; it could well be a gap-filler for customers out there who have been seeking a more compact and affordable offering in this body shape.

Otherwise, the equipment list is a copy and paste job from hatchback range – apparently that’s what BMW’s dealers, and its customers, wanted to see.

Nothing changes engine-wise, either, with the 118i utilising a 1.5-litre three-cylinder turbo-petrol engine with 103kW of power and 220Nm of torque. It is front-wheel drive with a seven-speed dual-clutch automatic transmission. The 0-100km/h claim for this model is a leisurely 8.7 seconds.

If the M235i xDrive ticks your boxes a bit more than the base model, then you’ll get a bit more equipment for your money, including bigger 19-inch wheels, keyless entry, leather upholstery, electric seat adjustment, adaptive LED headlights, a harman/kardon 16-speaker sound system as well as M Sport-fettled steering and brakes.

Of course you get more grunt, too. The uppity M235i xDrive adopts the brand’s all-wheel-drive system to harness the extra grunt the 2.0-litre four-cylinder turbo-petrol engine under the bonnet produces: 225kW of power and 450Nm of torque. And it gets a conventional eight-speed auto, too. The 0-100km/h time for this one is pegged at just 4.9sec.