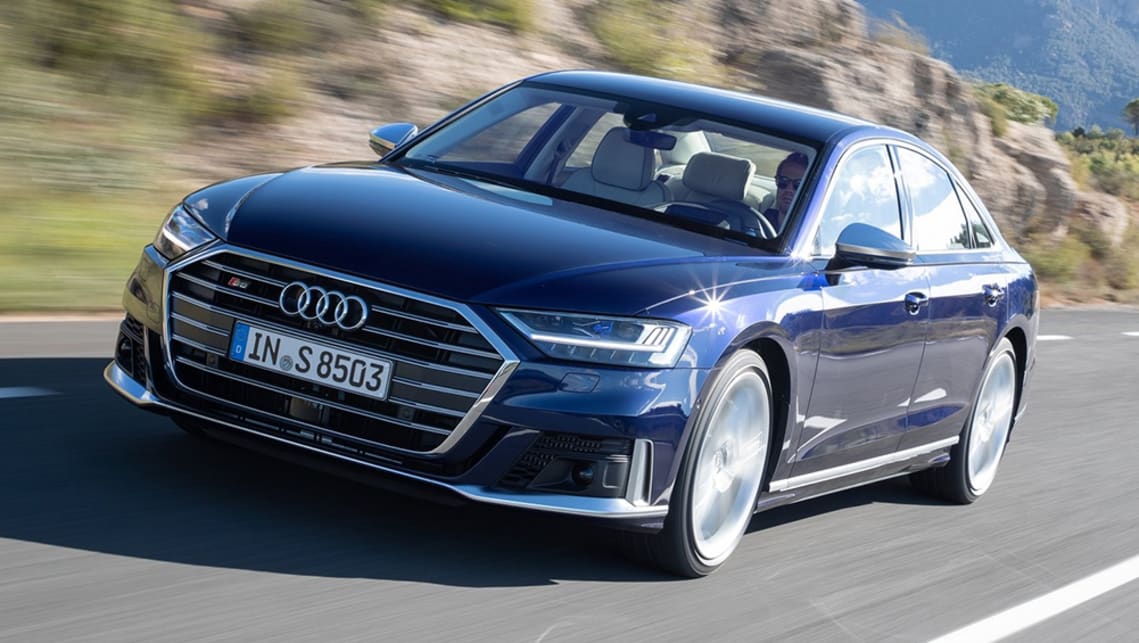 Audi’s all-new S8 large luxury limousine will land in Australian showrooms priced at $260,000 before on-road costs, according to documentation seen by CarsGuide.

Though Audi Australia is yet to officially confirm the S8’s price, as well as its equipment list and launch timing, CarsGuide has contacted the brand for comment.

The new S8 range-topper is available in LWB form only though, and is powered by a 420kW/800Nm 4.0-litre twin-turbo petrol V8, which sends drive to all four wheels via Audi’s Quattro system and an eight-speed automatic transmission.

The engine also scores a 48-volt mild-hybrid boost to keep fuel consumption to around 11.3 litres per 100km for the 2230kg unladen luxury sedan.

Like the new A6, A7, Q7 and Q8 model lines, the S8 adopts a dual-screen centre stack, with the top 10.1-inch screen handling multimedia and the bottom 8.6-inch screen with haptic feedback for climate controls.

A predictive air suspension system with front-facing camera is also fitted to overseas versions, which can read the road ahead and control each wheel independently to smooth out imperfections and deliver a more drag supple ride for occupants.

Rear-wheel steering is also expected to feature, helping manoeuvre the S8 at low speeds and keep it steady at high speeds.

It is currently unclear if equipment levels have changed for the standard A8 range with the price rises, but both are powered by 3.0-litre turbocharged V6 engines – the 50 TDI with a 210kW/600Nm diesel and the 55 TFIS motivated by a 250kW/500Nm petrol.