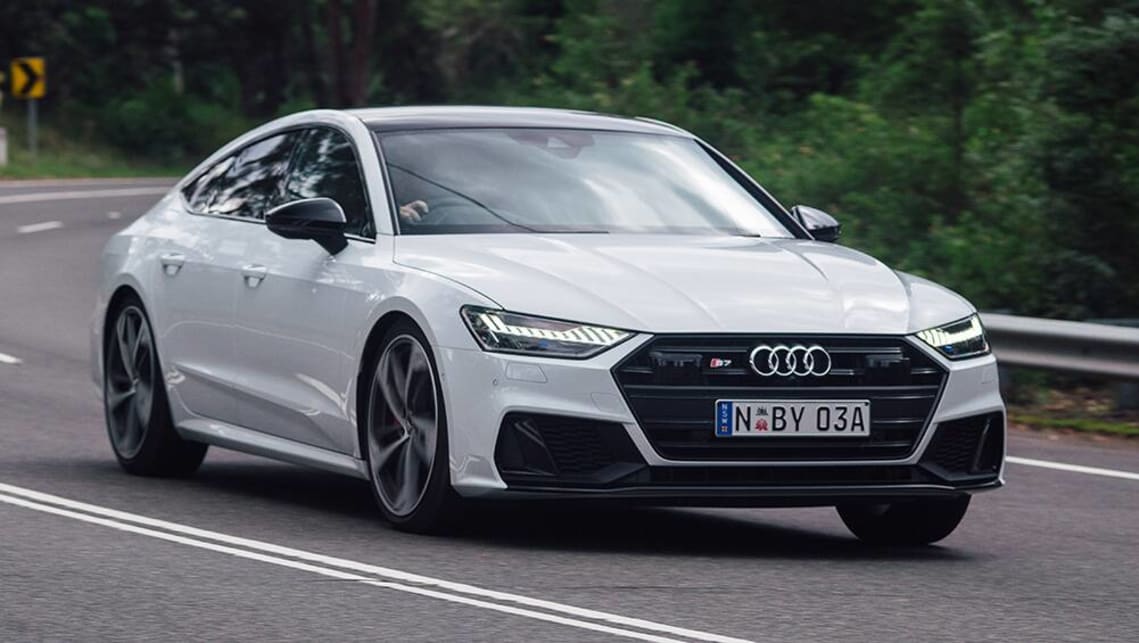 Audi’s new-generation S7 Sportback has landed in Australian showrooms, priced from $159,500 before on-road costs that is around $20,000 cheaper than its predecessor.

With drive sent to all four wheels via an eight-speed automatic transmission, the S7 can accelerate from zero to 100km/h in 4.6 seconds – matching its predecessor.

While the S7 shares the same engine found in the RS5 Coupe, RS5 Sportback and RS4 Avant, Audi has added an electric powered compressor underpinned by a 48-volt mild-hybrid system to reduce turbo lag.

Like the new-generation A7 range, the S7 Sportback features a dual-screen multimedia system, with a 10.1- and 8.6-inch display top and bottom respectively, both featuring haptic feedback.

A Dynamic Package is available to S7 buyers for $7700, which adds a sport differential, dynamic steering and rear-axle steering, while ceramic brakes cost $18,000, laser headlights add $2500 and a premium 19-speaker Bang & Olufsen sound system adds $11,700 to the bottom line.