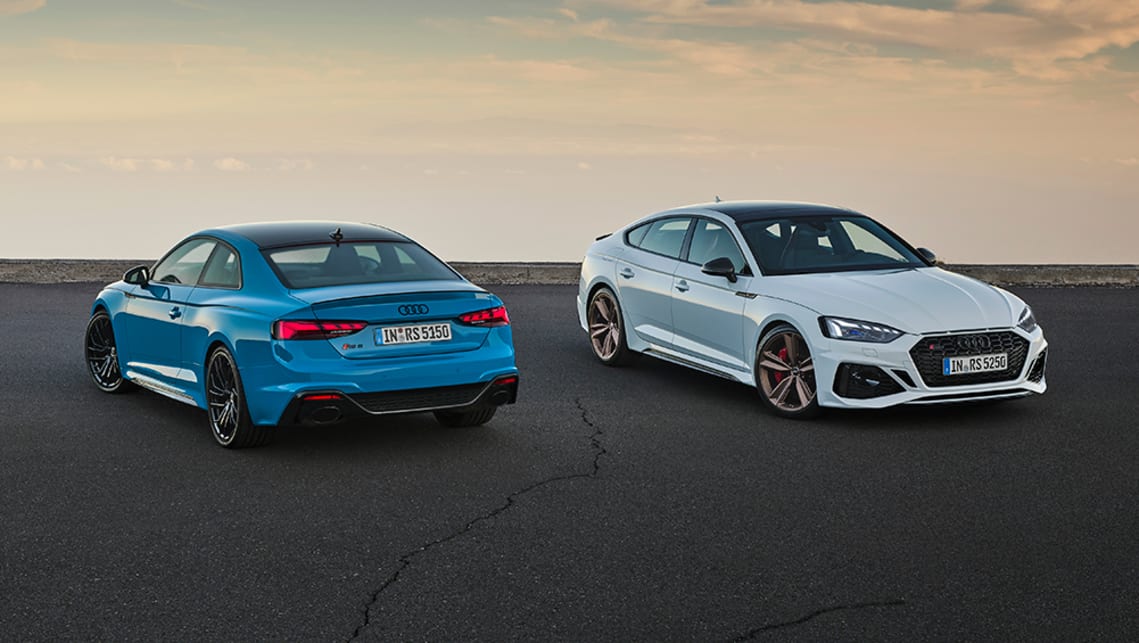 Audi has revealed an aggressive facelift for its current-generation RS5 coupe and Sportback sedan.

Sporting a wider and flatter version of Audi’s signature Singleframe grille with ‘implied air vents’ now located above in a homage to the 1984 Audi Sport quattro, the RS5 pair looks angrier than before.

The front end’s bumper has also been redesigned with pentagonal air intakes, while the LED headlights now feature segmented daytime running lights – a signature that is mimicked by the brake lights.

The only other change to the rear end is a tweaked diffuser, while the side skirts have also been refreshed.

For buyers looking to stand out from the RS5 crowd, Turbo Blue and Tango Red are two new paintwork options.

Inside, a 10.1-inch touchscreen is new, replacing the old 8.3-inch unit that was controlled by a rotary dial and touchpad, both of which have been removed as part of the upgrade.

The MIB 3 multimedia system powering the touchscreen is of the latest iteration, too, while the software behind the carryover 12.3-inch digital instrument features more RS-specific content than before.

Two individual drive modes (RS1 and RS2) have been added, with a shortcut button located on the flat-bottom steering wheel for quick changes of vehicle settings while on the move.

Sitting behind the tiller is larger aluminium paddle-shifters for the RS5’s eight-speed torque-converter automatic transmission.

While CarsGuide has contacted Audi Australia to see when the facelifted RS5 coupe and Sportback will land in showrooms, they are likely to do so in 2020, possibly around the same time as the mechanically related RS4 Avant wagon that is due mid-year.

For reference, the pre-facelift RS5 coupe and Sportback are identically priced from $157,700 plus on-road costs.