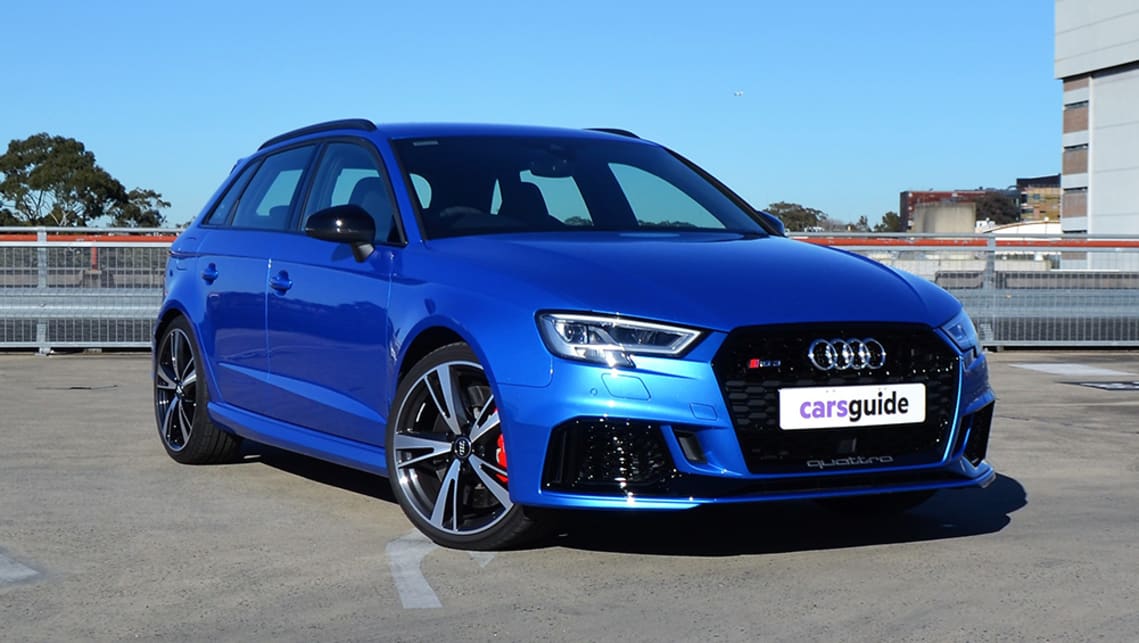 Audi Australia has finally brought its RS3 back to market after being absent in local showrooms for more than a year.

For reference, the previous range was pulled from sale in late 2018 due to complications with the introduction of the WLTP regulation.

The new RS3 uses the same 2.5-litre five-cylinder petrol engine as before, outputting 294kW/480Nm, but now the high-performance small car is fitted with a petrol particulate filter (PPF).

With a PPF in place, exhaust noise can be lessened, but Audi Australia says the RS3’s characteristic burble has not been affected, and that it would not have brought the car back if it did not meet its standards.

The price rise also comes in line with an increase in specifications, including magnetic ride suspension, premium Bang & Olufsen sound system, metallic paint and a wireless phone charger – all of which were optional extras on the preceding RS3.

In addition, Audi has introduced a special RS3 Carbon edition, available in Sportback and sedan form for $87,200 and $89,900 respectively, that adds a number of specification upgrades.

The 19-inch wheels are finished in gloss black, as is the exterior accents, model badge and Audi rings.

Carbon-fibre door mirrors and interior inlays are also included – hence the variant’s name – as is privacy glass and a panoramic glass sunroof.