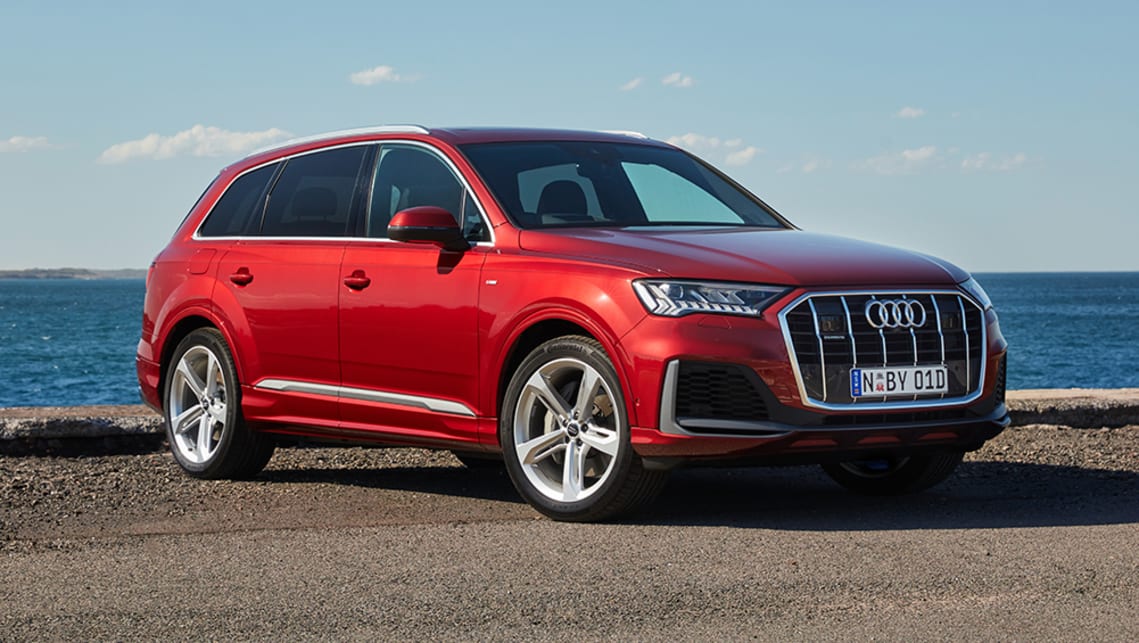 Audi Australia has confirmed pricing and specification for the facelifted second-generation Q7 large SUV, which is now in showrooms.

The entry-level 45 TDI variant kicks off the new Q7 line-up from $101,900 plus on-road costs – $4100 higher than its direct predecessor, although Audi Australia claims more than $15,000 of value has been added.

The facelifted Q7 has a refreshed rear fascia.

Inside, the facelifted Q7 has been overhauled to match its Q8 sibling.

As reported, the BMW X6 rival’s mid-life facelift is comprehensive by Audi standards, with its front and rear fascias refreshed, while its cabin has been completely overhauled to mimic that of the mechanically related Q8 coupe-style large SUV.

The Q7 range will be completed in the second quarter by the flagship SQ7 TDI variant, which will be powered by a 320kW/900Nm 4.0-litre twin-turbo V8 diesel engine with a 48V mild-hybrid system.