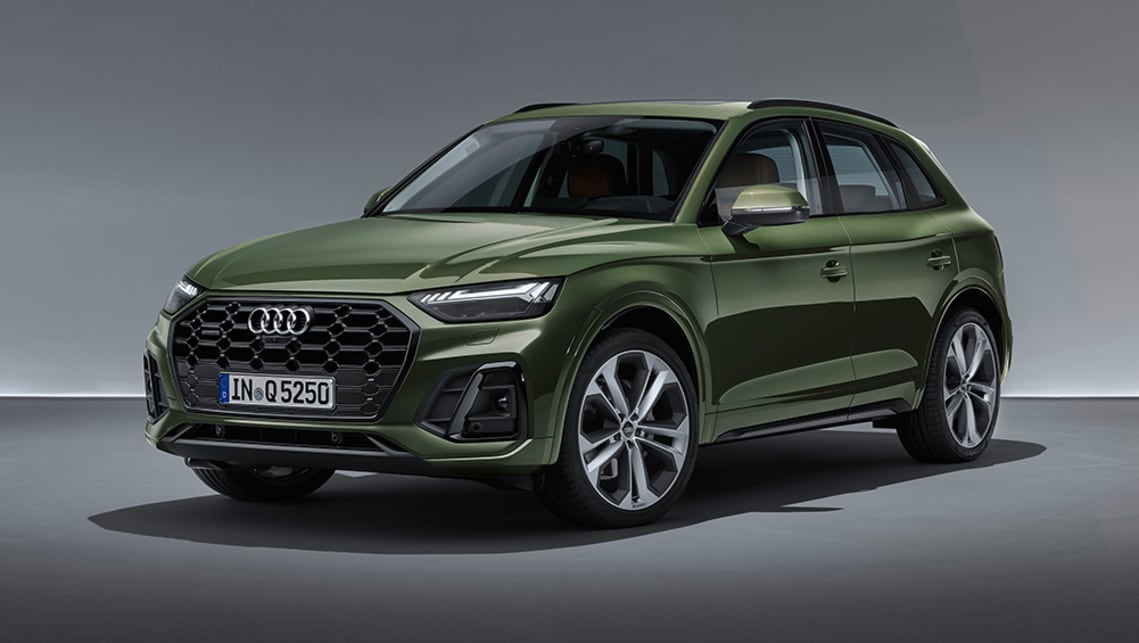 Audi has revealed the facelifted version of the second-generation Q5 mid-size SUV ahead of its Australian launch in the first half of next year.

Up front, the new Q5 sports the latest version of Audi’s signature Singleframe grille, which is flanked by redesigned LED headlights, while a fresh bumper with larger side air intakes resides below. That said, just like before, its overall look is variant dependant.

Around the side, changes are limited to new sets of alloy wheels and a tweaked skirt insert, while the rear picks up revised tail-light clusters, which can be fitted with OLED bulbs with one of three designs, while the lower bumper and its diffuser have also been redesigned.

Inside, the differences are even harder to spot, but the giveaway is the new 10.1-inch touchscreen with acoustic feedback, which is powered by Audi’s latest multimedia system (MIB 3) alongside the carryover 12.3-inch digital instrument cluster.

The adoption of the former also means its predecessor’s rotary dial and touchpad controllers, and physical shortcut buttons ahead of the gear selector have been replaced by a storage cubby.

The new Q5 more or less maintains its predecessor’s international engine line-up, with two petrol and three diesel 2.0-litre turbocharged four-cylinder units in the pipeline alongside a turbo-diesel V6 and two plug-in hybrids.

Audi has only detailed the new 40 TDI variant thus far, with it adding a 12V mild-hybrid system to help boost maximum power by 10kW, to 150kW, and reduce fuel consumption on the combined-cycle test by about 0.3 litres per 100 kilometres.

Local pricing and full specification for the BMW X3 and Mercedes-Benz GLC rival will be released closer to its release, although CarsGuide has contacted Audi Australia for further details, including an update on its SQ5 flagship.