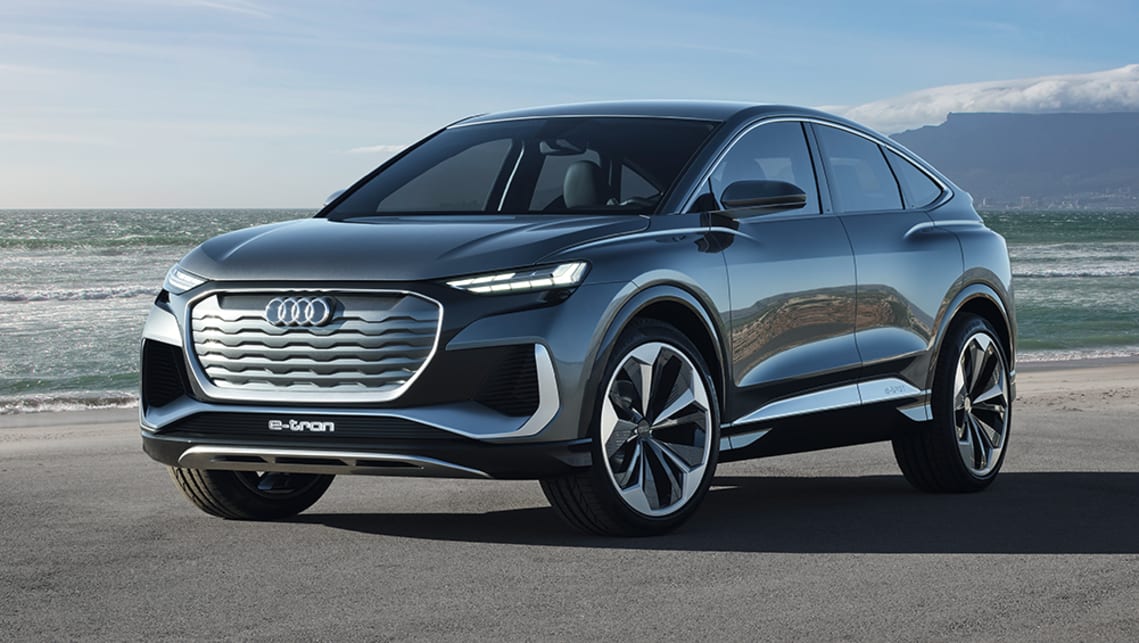 Audi has revealed the style-focused ‘coupe’ – or Sportback – version of the upcoming all-electric Q4 e-tron mid-size SUV, albeit in concept form.

The Q4 e-tron concept was shown at the Geneva motor show in March last year, and now its Sportback sibling has appeared about a year ahead of the new model going into production.

It goes without saying the traditional wagon and new Sportback versions of the Q4 e-tron are more or less identical, with the main differences being their rooflines and tailgates.

As a result, the Sportback is 10mm longer (4600mm) and shorter (1600mm) than the wagon, although their widths and wheelbases are identical, at 1900mm and 2770mm respectively.

Unsurprisingly, the Sportback is powered by the same rear-biased dual-motor powertrain as the wagon, with its front permanently excited asynchronous electric motor producing 75kW/150Nm, while its rear synchronous counterpart develops 150kW/310Nm.

With a combined peak power of 225kW, the Q4 e-tron sprints from a standstill to 100km/h in 6.3 seconds while on the way to its electronically limited top speed of 180km/h.

The Q4 e-tron also comes with an underbody 82kWh battery, which provides more than 450km of driving range (WLTP) and can be recharged from zero to 80 per cent capacity in about half an hour with a 125kW DC fast charger.

A single-motor version of the Q4 e-tron will also be available, with its driving range exceeding 500km. It too will be underpinned by Audi’s emerging MEB platform.