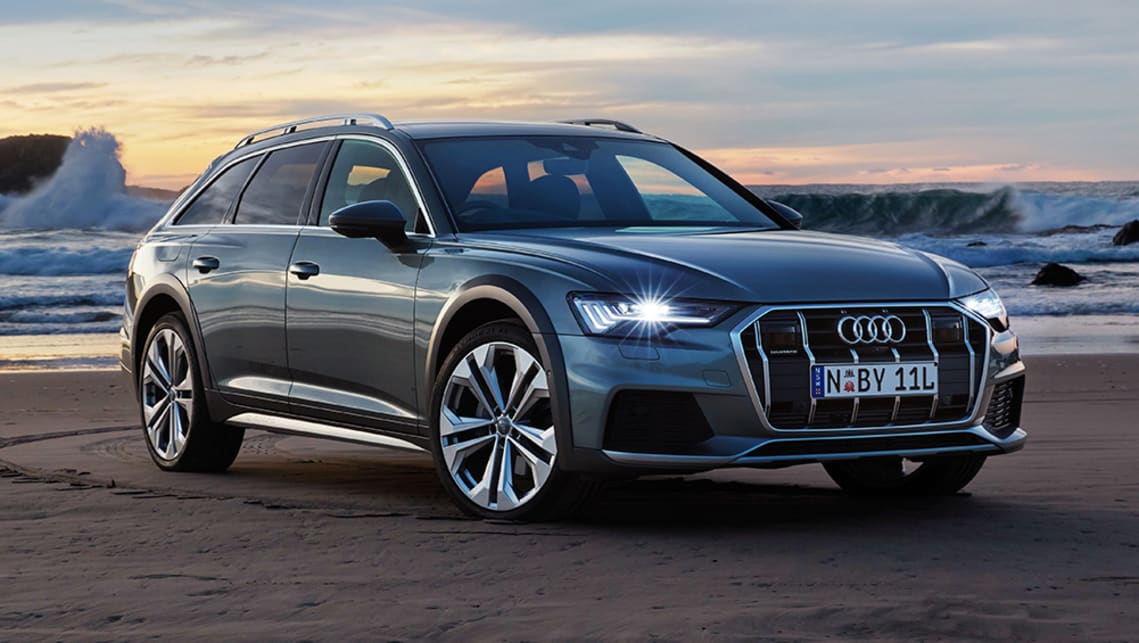 Audi Australia has officially launched the new-generation A6 Allroad, a high-riding wagon version of the A6 large car, which now also has a new entry-level sedan.

As reported, the A6 Allroad is available in a single variant locally, the 45 TDI, which is priced from $109,500 plus on-road costs and claimed to have more than $15,000 worth of extra value over its predecessor, which actually charged $5200 more.

The 45 TDI is motivated by a 183kW/600Nm 3.0-litre turbo-diesel V6 engine, which is mated to an eight-speed torque-converter automatic transmission and Audi’s signature quattro all-wheel-drive system. For reference, maximum braked towing capacity is 2500kg.

This combination helps the 45 TDI sprint from a standstill to 100km/h in 6.5 seconds, while its fuel consumption on the combined-cycle test (ADR 81/02) is 6.6 litres per 100 kilometres. Claimed carbon dioxide emissions are 174 grams per kilometre.

Capped-price servicing plans are available for the 45 TDI, with the first three visits costing $2170, while the first five come in at $3300.

The A6 Allroad’s main rival is the Mercedes-Benz E-Class All Terrain, which is also available in a single variant Down Under, the $115,500 E220d, which is powered by a 143kW/400Nm 2.0-litre turbo-diesel four-cylinder engine.

As mentioned, the A6 sedan’s cost of entry has been lowered by $10,000 thanks to the previously announced 40 TFSI variant, which is now in showrooms with a $85,500 price tag.

The 40 TFSI is motivated by a 140kW/320Nm 2.0-litre turbo-petrol four-cylinder engine, which is matched to a seven-speed dual-clutch automatic that exclusively sends drive to the front wheels.

The new range-opener’s fuel consumption on the combined-cycle test (ADR 81/02) is 6.3L/100km, while its claimed carbon dioxide emissions are 144g/km. It shares most of its standard equipment with the A6 Allroad 45 TDI.