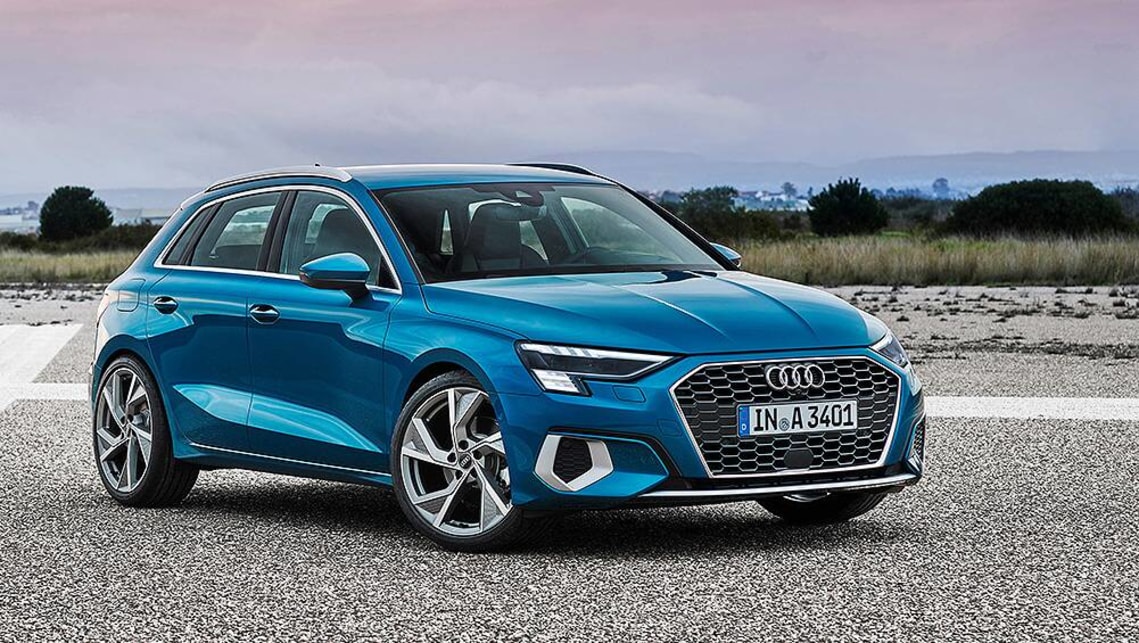 Audi has torn the covers off its new-generation A3 Sportback, which debuts new electrification options along with significant updates inside-and-out.

With the 2020 Geneva motor show cancelled due to coronavirus fears, Audi premiered its new A3 via an online broadcast, providing important details for the all-new small car range.

While only the Sportback version of the new A3 line-up has been revealed, Audi board member Hildegard Wortmann confirmed that it will follow up with a new sedan, an S3 successor as well as a “super super sporty” flagship variant.

The car will launch in Europe from March with two engine options, a 110kW 1.5-litre turbocharged four-cylinder petrol engine, as well as an 85kW 2.0-litre turbo-diesel unit.

The exterior styling is designed to put more emphasis on the wheel arches.

Initially, the A3 Sportback will be released with front-wheel-drive, and the option of either a six-speed manual or seven-speed dual-clutch transmission,

Audi says it will gradually expand its powertrain offerings, with electrified systems and variants with quattro all-wheel-drive.

While exact specifications have yet to be revealed, Audi has said it will offer a mild-hybrid as well as a plug-in hybrid with three different power levels.

Audi’s Australian arm has yet to detail local timing and availability for the all-new model.

The new-generation A3 boasts a 10.1-inch touchscreen infotainment system with Apple CarPlay and Android Auto connectivity.

Inside, the sporty theme continues with aluminium or carbon trim pieces and a new shifter, while the upholstery is made of recycled materials to bolster Audi’s claimed commitment to sustainability.

The cockpit also features elements from its full-size models, like a 10.1-inch touchscreen multimedia system as well as an optional 12.3-inch digital instrument cluster and head-up display.

According to Audi, the new multimedia system is ten times more powerful than its predecessor, and offers an extensive suite of utilities and connectivity options.

In some markets, the German small car will launch with a limited Sportback Edition One variant, which comes with matte paint, darkened headlights, 18-inch titanium grey wheels and a sportier S-line interior package.