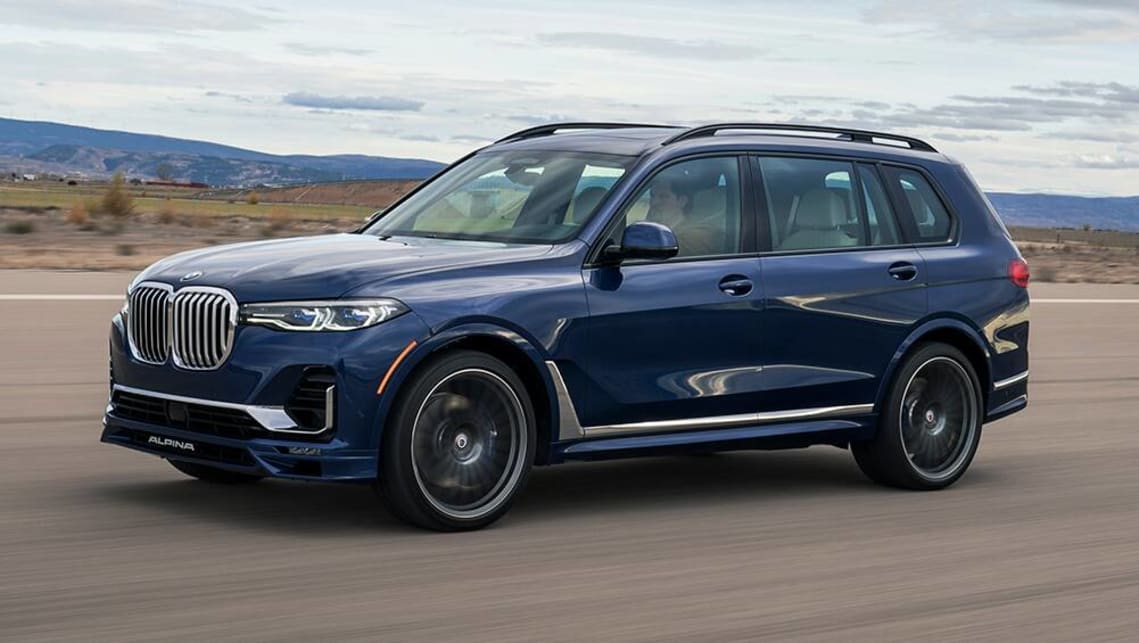 Alpina has lifted the silk off its latest model, the X7-based XB7 large luxury SUV, that will sit atop the BMW SUV range with extra performance and opulence.

Powering the XB7 is a familiar 4.4-litre twin-turbo petrol V8 that is also used in the M versions of the X5/X6, 8 Series and 5 Series, but under the bonnet of the Alpina, the engine outputs 457kW/800Nm.

This is 3kW fewer, but 50Nm more than what is produced in the Competition versions of the X5/X6M, M8 and M5.

With drive sent to all four wheels via an Alpina-tuned eight-speed automatic transmission, the XB7 can accelerate from zero to 100km/h in just 4.2 seconds, and carry on to a top speed of 290km/h.

However, the hefty bulk and petrol V8 engine won’t come without a cost, this case being fuel economy which is rated at 13.9 litres per 100km. CO2 emissions meanwhile, are pegged at 316g/km.

Other changes in the XB7 include the addition of two water coolers and a larger transmission oil cooler to go along with the up-rated engine.

Inside, all seven seats are available in Lavalina leather, while the iDrive controller has been upgraded with crystal glass a lasered Alpina logo.

The Alpina XB7 is due to land on Australian shores early next year, though pricing and specifications are still to be finalised.

Expect to see the Alpina-tuned model sit above the standard X7 line-up though, which tops out at $175,900 before on-road costs for the M50i variant.