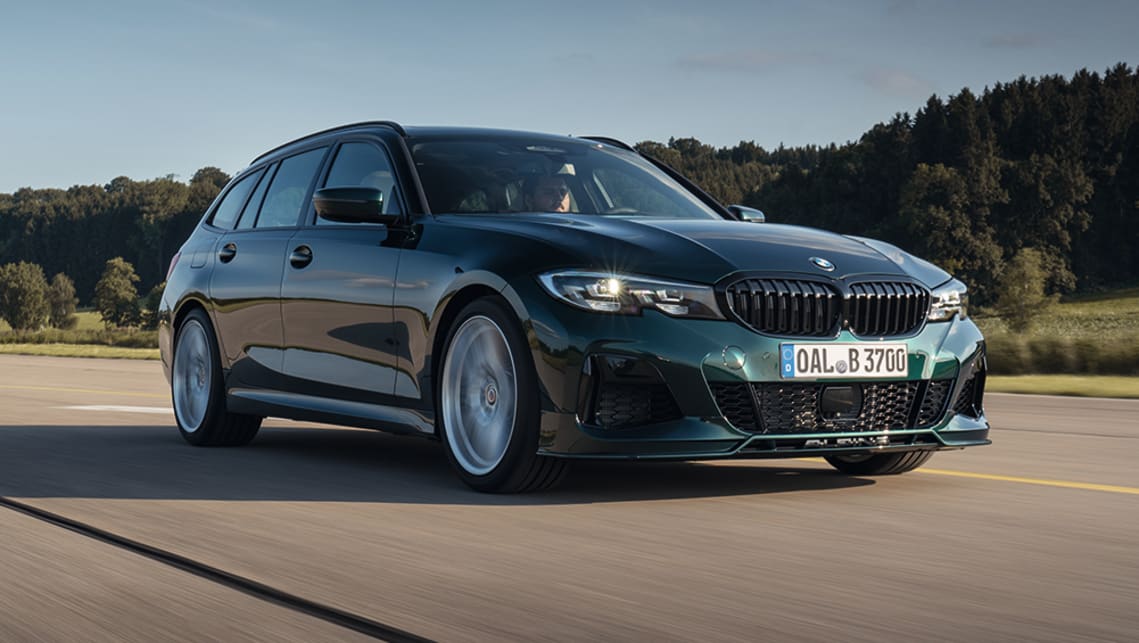 Alpina’s B3 Sedan and Touring will land in Australian showrooms in October priced from $142,900 before on-road costs and $145,900 respectively.

Both will be powered by a 3.0-litre twin-turbocharged inline six-cylinder petrol engine, outputting 340kW/700Nm to all four wheels via an eight-speed automatic transmission.

Though the engine is the same S58 unit found in the BMW X3 and X4 M Competition, as well as the yet-to-be-shown new-gen M3 and M4, Alpina’s tune makes 35kW less but 100Nm more than the go-fast SUV pair.

Alpina has fitted its own turbochargers, cooling system and exhaust, while a bespoke ECU tune is aimed at maximising everyday driving and strong low-end torque, according to the brand.

The zero to 100km/h sprint in the B3 Sedan and Touring can be achieved in 3.8 and 3.9 seconds respectively, while fuel consumption on both is pegged at 11.1 litres per 100km.

All new Alpinas sold in Australia come with a three year/unlimited kilometre warranty with roadside assistance, while servicing can be conducted at any BMW dealership.