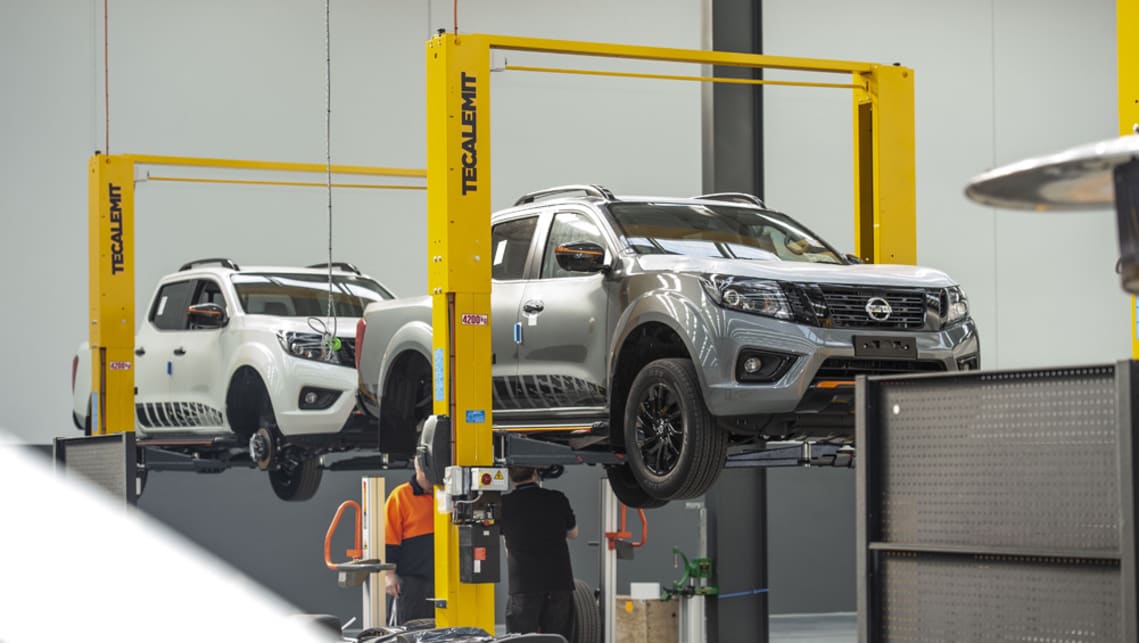 More hardcore utes could be on the way from Premcar

Premcar, a local automotive engineering and development firm, has left the door open build other hardcore utes in the same vein as the Nissan Navara N-Trek Warrior.

Speaking to CarsGuide, Premcar boss Bernie Quinn said the production line set up to build the new flagship Nissan Navara was designed to also work with other vehicles.

“I think that the facility that we’ve built – and there’s a lot of capital expenditure involved in setting this facility up – it’s generic to either new, different models from Nissan, or other manufactures,” he said.

“We built a generic facility, but the focus at the moment is on getting these Warriors built… But you’ll see in the space, we could put another line down here. We deliberately picked something that is scalable, generic to all sorts of things.”

The facility in question is found in the Melbourne suburb of Epping, with Premcar able to build 10 N-Trek Warrior utes per day, which can be expanded to up to 13 as interest picks up.

The development and validation work of the Navara N-Trek Warrior was also done by Premcar, which spent a year on the project to meet Nissan’s stringent quality control standards.

As such, the N-Trek Warrior is still backed by Nissan’s five-year/unlimited kilometre factory warranty, despite the extensive modifications to the suspension, wheels and underbody.

When asked if another brand had approached Premcar to do something similar with one of their products, Mr Quinn said the current plan is to work on Nissan models.

“The facility is capable, no doubt, but we’re not having any of those discussions, our focus is really on this product and it is going to keep us busy for the foreseeable future,” he said.

“Our intention is to make this marriage between Premcar and Nissan into something that goes on and on and on, and extends to as many products as we can possibly extend it to.”

The next Nissan vehicle that could get the ‘Warrior’ treatment is the incoming Patrol large SUV, which Nissan Australia boss Stephen Lester confirmed is “under investigation”.

However, Mr Quinn said he recognises the opportunity for Premcar in modifying vehicles to suit Australian tastes after the closure of local manufacturing.

“If you think about the Australian market before the exit of the manufacturers… you could go in and order the car that you want,” he said. “You could have a four-cylinder, six-cylinder, eight-cylinder, LPG, supercharged, turbocharged, any colour you want, luxury model, sports model – there was a lot of ability for the customer to customise the vehicle to their own tastes.

“Strategically, where we saw a gap in the market was, all the manufactures are now taking a global model, a generic model, and bringing it to the market, and there is a lot of scope for localisation and customisation of those models to suit the Australian consumers’ taste.

“This whole business model is built around the premise that there is opportunity there and there’s gaps in the market, so what you’re seeing with Navara is exactly that, it’s been developed in Australia and secondarily manufactured in Australia to meet what the Australian consumer wants.”

To this end, Premcar have bolstered their staff by another 40 heads, some of which worked at Toyota, Ford and Holden before the cessation of Australian manufacturing.

“Some blue collar, some white collar, there’s about 25-28… of blue-collar staff being added, and we are recruiting ex-Toyota, ex-Ford, ex-Holden people,” Mr Quinn said.

“Then we’ve got an additional 12 in the back off either doing engineering, production management, quality engineering, logistics, that sort of thing.”