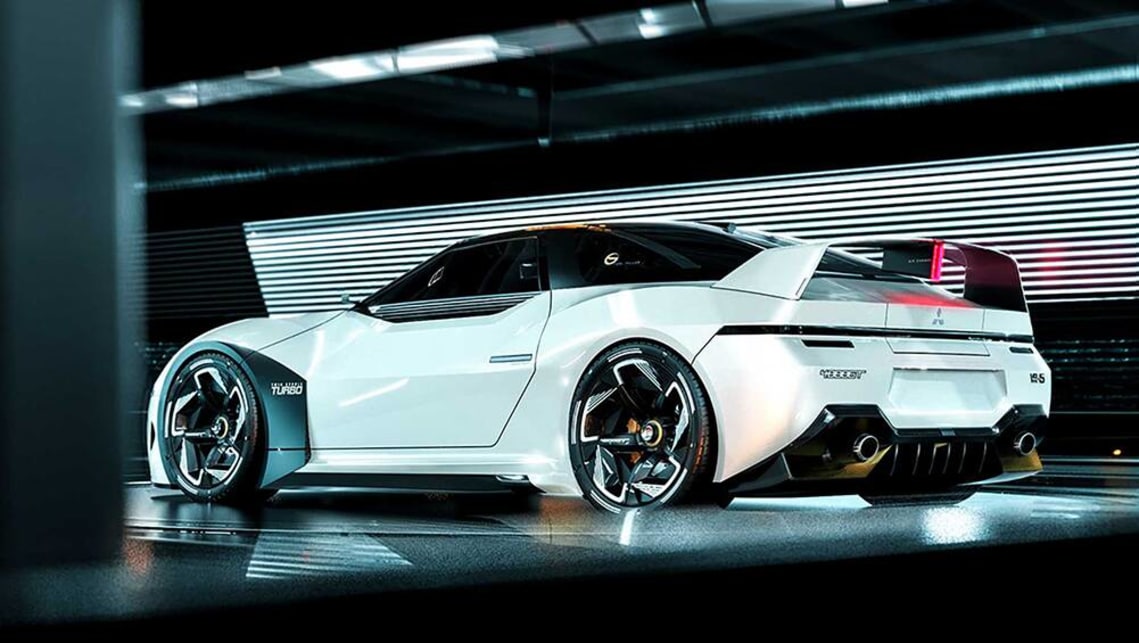 Mitsubishi Evo, Toyota Celica and Mazda RX-7: These are the JDM sports cars we want back to take on Toyota Supra, Subaru WRX and Nissan 400Z

The Japanese sports car is making a comeback, in a big way, with upcoming models like the Nissan 400Z and Subaru WRX waving the JDM flag into the new decade, but there’s a number of classic performance nameplates that we’d still like to see join them.

Many consider the 1990s to be the golden age of Japanese sports cars, but evolving consumer tastes and growing carmaker conservatism eventually saw the end to some of the greats.

Now that the tide is shifting, and we’re seeing models like the revived Toyota Supra, and the incoming next-gen 86 and Subaru BRZ, we wonder what else could be on the horizon. Here’s some of the classic JDM models we’d like to see make a return to Aussie roads.

Mitsubishi said goodbye to the Evo in 2015 with a limited-run Final Edition.

Ask just about any petrol-head about automotive rivalries, and you’ll be sure to hear about the Mitsubishi Evo and Subaru WRX STI.

The feud between Mitsubishi and Subaru can be traced back to the rally world of the 1980s, but things really heated up in the ‘90s when both all-wheel-drive four-door performance cars went head-to-head in the showroom.

It’s perhaps as legendary a rivalry as Ford versus Ferrari in the early 60s, or the Mustang and Camaro feud from, well, forever. Apple and Microsoft kinda stuff, you get the picture.

But since Mitsubishi pulled the pin on the Lancer Evolution a few years ago, the Subaru WRX STI has had room to breathe, instead finding competition from hot hatches like the Ford Focus RS and even the front-drive Civic Type R.

Mitsubishi said goodbye to its all-paw brawler in 2015 with a limited-run Final Edition, which bettered the standard Evo X with outputs of 226kW and 414Nm from its 2.0-litre turbocharged four-cylinder.

For perspective, the current Subaru WRX STi produces 221kW/407Nm from its 2.5-litre turbocharged boxer, and so the brand may need to up its game if Mitsubishi one day resurrects the Lancer Evolution, and in turn, the vicious JDM rivalry.

Fifteen years since the Celica was phased out, the Toyota 86 has taken its place as a budget-priced coupe.

When Toyota first teased its 86 sports car concept in 2011, many speculated that they were looking at an all-new Celica model, but while it could be considered a spiritual successor, the Celica represented something quite different to the 86 we now know and love.

The Celica nameplate dates back to the early 70s, seeing seven generations before it was discontinued in 2005.

In most cases, the front-driven two-door coupe was considered a softer offering, with its Supra sibling taking the high-performance reigns in Toyota’s line-up, but the successful Castrol Celica rally car and up-rated GT-Four variant from the 90s cemented the Celica’s place in sports-car history.

The last Celica sold in Australia used a 140kW 1.8-litre engine, which could be matched with a six-speed manual transmission, making it a friendly, yet perky driver’s car.

Fifteen years since the Celica was phased out, the Toyota 86 has taken its place as a budget-priced coupe, offering a similar driving experience, albeit on a rear-wheel-drive platform.

As such, Toyota would need to find a new USP if the Celica nameplate is ever to make a return, perhaps in the sub-$30k market.

Mazda’s RX-8 continued the rotary legacy until 2012, although we have yet to see a proper rotary-powered model since.

The Mazda RX-7 first appeared in 1978, demonstrating the capabilities of the quirky-yet-capable Wankel rotary engine.

It saw three generations, with the most recent FD RX-7 becoming no less than an automotive icon. The FD built on previous models, continuing with a lightweight and well-balanced chassis, rear-drive platform and of course, a Wankel rotary engine.

The FD was powered by a 176kW/294Nm twin-turbocharged rotary, and sat pretty with curvaceous body lines and a wide track. A special SP variant was the last RX-7 off the line for Australia, which upped the ante to 204kW/357Nm, and wore an original pricetag of $99,750 plus on-road costs.

Mazda’s subsequent RX-8 continued the rotary legacy until 2012, although we have yet to see a proper rotary-powered model since.

Whispers of a rotary revival, spurred on by the reveal of the RX-Vision concept in 2015, had Wankel fans hopeful, but new reports suggest that if a production next-gen RX sports car materialises, it will swap a high-revving rotary for a more conventional turbocharged six.

There have been no official signs that Mitsubishi would put a 300GT into production.

It has been a hot minute since Mitsubishi offered a sports car. In fact, it donated one of its most iconic performance nameplates to its Eclipse Cross SUV.

Recently, a rendering popped up of a 4000GT, imagining a successor to Mitsubishi’s famed 3000GT two-door from the 90s.

The 4000GT rendering is reminiscent of the 3000GT, but swaps curved lines for sharp and angular design cues, which seem to be all the rage right now.

There have been no official signs that Mitsubishi would put such a thing into production, but it’s hard not to dream of a new 3000GT successor going toe-to-toe with the Toyota Supra, as it did back in the day.

All that power was sent to all four wheels, and handling was bolstered by adaptive dampers, all-wheel steering and active aerodynamics, features we now take for granted, but were groundbreaking for the time.