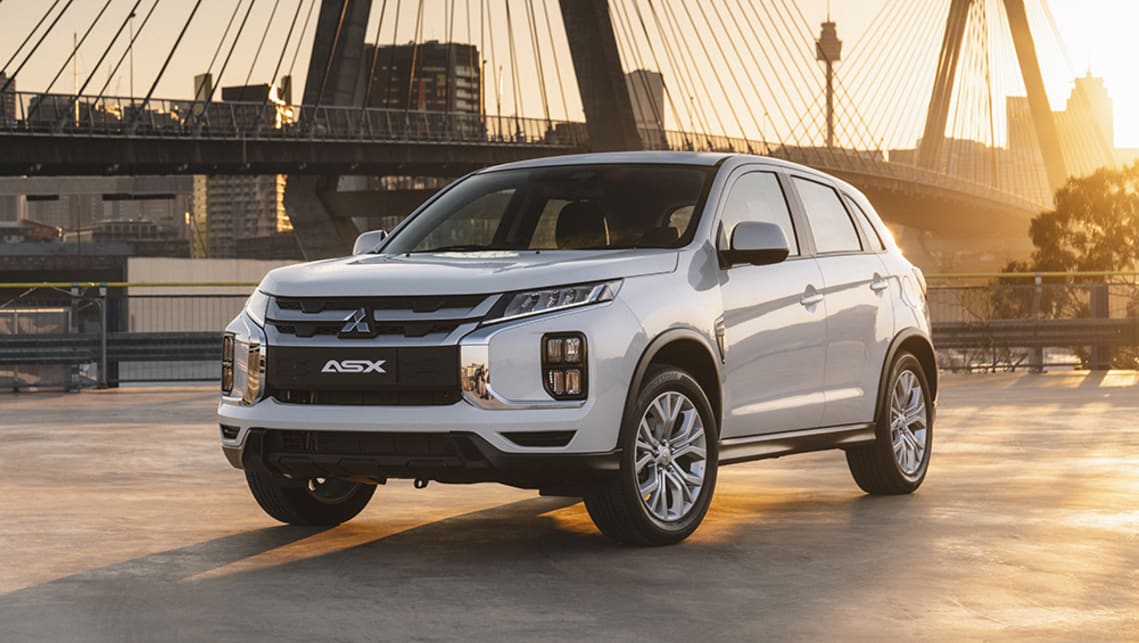 The current Mitsubishi ASX is likely to remain in production as an inexpensive entry-level SUV indefinitely – or for as long as demand exists for it worldwide – leaving the closely-related but far-newer Eclipse Cross to take over in the longer term.

This seems to be the latest development from a beleaguered Mitsubishi Motors Corporation (MMC), now under the control of Nissan as part of the Renault-Nissan-Mitsubishi Alliance, as the brand attempts to recover from crippling losses, falling sales and corrosive scandals in its Japanese domestic home market.

Until recently, it was widely reported that the decade-old ASX was going to be replaced with a restyled version of the next-generation Nissan Qashqai (due out later next year) for 2022, and had been under development for a fairly lengthy period following Nissan’s controlling share acquisition of MMC in 2016.

However, with ASX sales remaining incredibly strong after all these years and making money for the company, MMC has since decided to invest in a heavily facelifted version of the struggling Eclipse Cross instead.

To launch late this year brandishing a new-look corporate nose, redesigned tail (without the existing model’s divisive split rear window layout) and a cabin overhaul, it is understood that the Eclipse Cross’ midlife refresh was brought forward to tone down some of the more controversial styling elements that has limited its appeal against rivals like the Honda HR-V, Kia Seltos and Hyundai Kona since its late-2017 launch in Australia.

It’s worth remembering that while the ASX and Eclipse Cross aren’t dimensionally identical (the latter is 110mm longer) and feature different powertrains (the newer SUV is turbo-only for Australia), they share many components underneath, including the ageing GS platform first used in the 2006 Outlander medium SUV, and consequently over 20 other models wearing the Mitsubishi, Chrysler, Dodge, Jeep, Proton, Peugeot and Citroen logos. In fact, all three Mitsubishi SUVs sit on the same 2670mm wheelbase.

Speaking of Outlander, MMC is also concentrating its dwindling resources on revitalising the Outlander, as previewed by the 2019 Engelberg Tourer Concept. Due locally in the second half of next year, it will feature an all-new body and interior, as well as a substantial mechanical overhaul. This will include a heavily updated plug-in hybrid electric vehicle (PHEV) grade, to build on its worldwide success of the current iteration since its 2012 launch.

It is also speculated that the 2022 Outlander will be the first Mitsubishi to adopt the Alliance’s CMF (Common Module Family) architecture as per the recently unveiled fourth-generation Nissan X-Trail, allowing the latter access to the PHEV technology MMC has become synonymous for.

The eventual replacement for the Eclipse Cross due sometime in the second half of this decade should follow suit, while any ASX successor might actually step down in size as a Nissan Juke/Renault Captur-based light SUV, sprung from the CMF-B architecture. Right now, nobody’s saying.

The success of next year’s Eclipse Cross and Outlander revamps is vital for MMC, as it is now mainly concentrating on the Japanese domestic, North American, Asian and Australian markets, as per its mid-term plan announced in July that will see it exit Europe and the United Kingdom.

To refresh, the XA-series ASX debuted all the way back in December, 2009 (July 2010 in Australia), and has undergone periodic improvements to boost its appearance, multimedia systems and safety ever since.

The facelift launched just last November was the most far-reaching visually, and did include a 2.4-litre engine option, but the naturally-aspirated 2.0-litre powertrain (that dates back to 2005) has remained the same. The series also lost key options like diesel power and all-wheel drive over the years.

Despite turning 11 soon, the ASX remains the best-selling small SUV in Australia, a position held since 2017, even in the face of big-name rivals like the Kia Seltos and Hyundai Kona.

Although low pricing, chunky styling, a larger-than-average cabin, reasonable equipment levels for the money and brand familiarity have all contributed to the ASX’s success, it’s worth remembering that Toyota’s absence in the value-end of the small SUV segment has given the Mitsubishi a free kick with fleet buyers. The Kona is its only real competitor in that space.

In contrast, the current Eclipse Cross is languishing, with sales slipping by some 45 per cent year-on-year, to 2780 units, versus the ASX’s 36.2 per cent fall to a fleet-rich 8776 registrations. Starting from $29,990 before on-road costs, the latter is a hefty $4000 more expensive than the base ASX ES auto equivalent.

Mitsubishi in Australia has a history of keeping successful models in production concurrently with their successors. In the 1980s the Sigma limped on for several years after the far-more advanced (and locally developed) Magna was released in 1985, while the Express van of the same era even outlived its 1990s replacement, lasting until 2013.