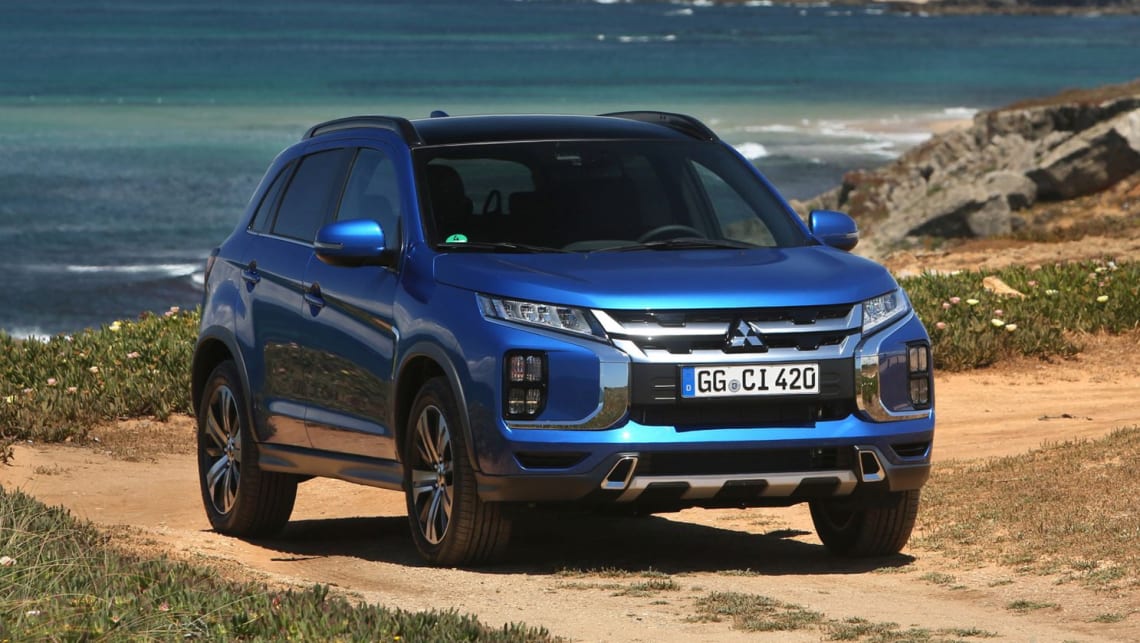 Mitsubishi ASX 2020: what we know so far

Despite having been on the market in one form or another since 2010, the Mitsubishi ASX is due another significant facelift for the 2020 model year.

The elongated appeal of Mitsubishi’s small SUV offering is largely down to its price and dependability, but on the eve of yet another overhaul – we investigate what Mitsubishi has up its sleeve to keep the number one selling small SUV fresh.

It starts with an overhauled new-look to bring the dated SUV in line with more recent Mitsubishi offerings like the Eclipse Cross SUV and Triton ute.

The ASX will score yet another visual overhaul, bringing it in-line with Mitsubishi’s latest “Dynamic Shield” look.

This means a tough-looking front end with a reworked bonnet, light clusters and an overhauled grille bearing the Japanese brand’s current “Dynamic Sheild” styling. LED headlights are promised in at least one specification level, with LEDs also appearing in the sleeker tail-light fittings.

Although the front and rear of the small SUV have been overhauled, the side panels remain largely the same.

Notably, the 2020 ASX will have many of the same panels along its profile. Similarly, the interior has only received a mild nip and tuck with a slightly redesigned multimedia screen (which will continue to support Apple CarPlay and Android Auto). There’s seemingly still no digital dash or electronic handbrake available.

The ASX will supposedly carry-over its 2.0-litre naturally-aspirated petrol engine (110kW/197Nm) driving only the front wheels via either a CVT automatic or a five-speed manual. A lesser-powered 1.8-litre engine (107kW/172Nm) which resides in the ASX’s Japanese equivalent (the RVR) is unlikely to reach Australian shores.

There’s still no digital dash or electronic handbrake for the ASX.

CarsGuide has recently discovered Road Vehicle Certification System (RVCS) documents seemingly confirming not only that the 2020 ASX will receive a new set of nameplates, including the storied MR grade, but will also introduce a larger 2.4-litre petrol engine from the Outlander (124kW/220Nm) to the top two grades.

The grades for the new ASX filed in the documents suggests the range will consist of ES, MR, LS, GSR, and Exceed variants.

The revival of MR and GSR names suggests a sportier bodykit could also be joining the ASX line-up. The documents also confirm the five-speed manual transmission will only be available on the base ES 2.0-litre variant.

The ASX’s Japanese equivalent also sports the currently-optional-in-Australia advanced driver-assist systems (ADAS) as standard across the range. This includes active safety items such as auto emergency braking (AEB – works from five-80km/h) with pedestrian detection, lane departure warning (LDW) and auto high-beams. It is also fitted with a ‘false start suppression function’ which prevents heavy acceleration when a stationary object is nearby.

Japan’s version of the ASX gets much of the active safety ADAS pack as standard across the range.

Mitsubishi would not comment yet on whether these features would also be made standard across the Australian-delivered ASX range. Japanese variants also have lane-keep assist (LKAS), blind-spot monitoring (BSM), and rear cross-traffic alert (RCTA) on the options list.

There appears to be no word on the availability of an active cruise control system of any kind.

All-wheel drive continues to be offered as an option for Japanese-specified cars, but it is unknown if the new 2.4-litre engine will be exclusively front-drive like the current Australian specified ASX, or whether all-wheel drive will make a return.

It could be the first time since the 2.2-litre diesel engine was discontinued in 2018 that an ASX is offered with all-wheel drive.

The updated 2020 ASX will go up against opponents like the Honda HR-V and Hyundai Kona, alongside a slew of all-new offerings in the form of the Mazda CX-30 and Kia Seltos, and soon-to-be updated competitors like the Toyota C-HR and Nissan Juke.

Expect to know more about the Australian-specification of the  2020 ASX shortly as it is set to launch before the end of 2019.