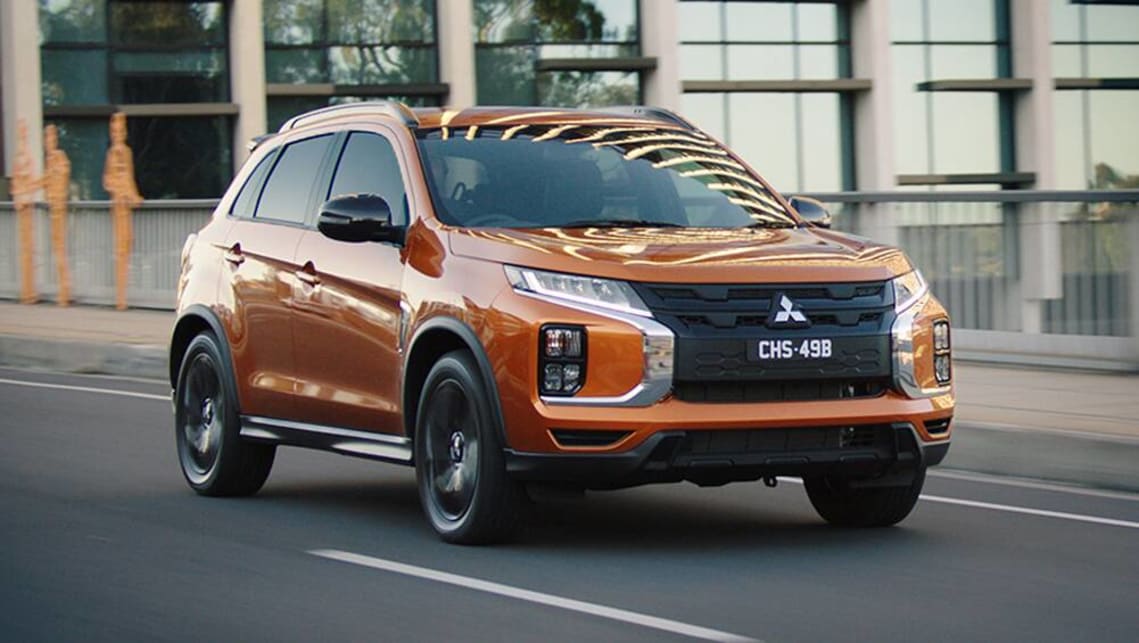 Mitsubishi’s popular ASX small SUV has gained two new variants in its 2020 model year refresh, with the MR kicking off at $27,490 before on-road costs and the GSR from $30,490, and both landing in local showrooms from December.

Differentiating the pair from the rest of the ASX line-up, which starts at $24,990 for the manual ES, are a number of exterior and interior styling changes.

From the outside, blacked out 18-inch wheels can be seen, as well as a darkened front grille and door mirrors, with the GSR also receiving a rear spoiler and roof rails finished in the darker hue.

Keyless entry and a push-button start also feature on the MR and GSR variants.

Both engines though send drive to the front wheels via a continuously variable automatic transmission, with the MR returning a 7.6 litres per 100km fuel economy rating, while the GSR is slightly thirster at 7.9L/100km.

As previously reported, the 2.4-litre engine made its way into the ASX from the Outlander thanks to its positive reception in the US.