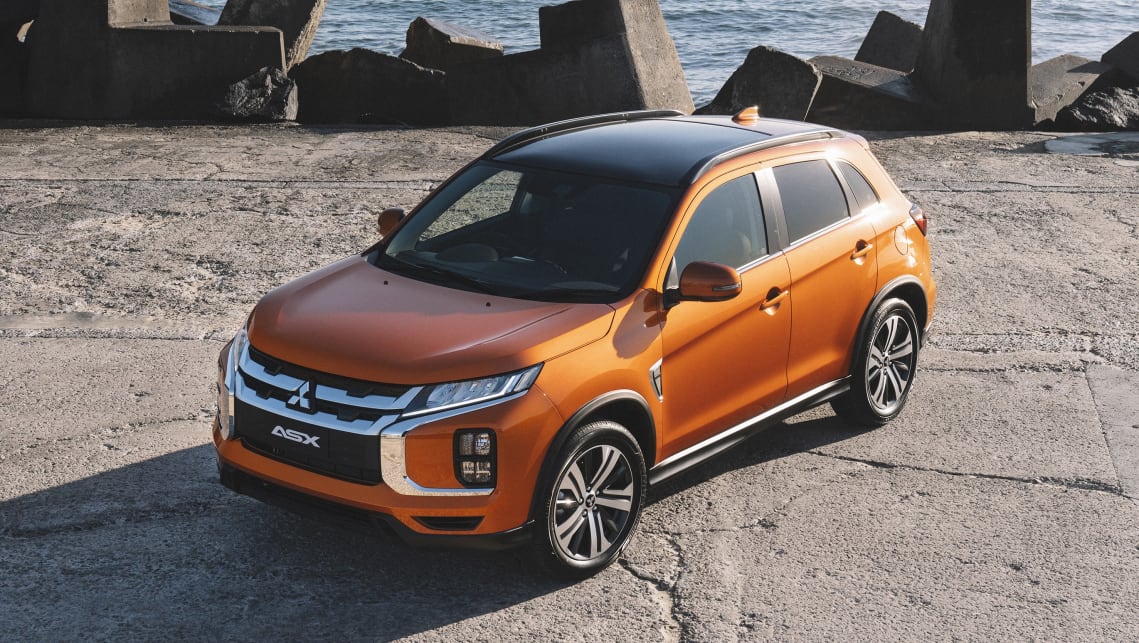 Mitsubishi ASX 2020 engines detailed: You can thank the US for its biggest change

One of the biggest changes to the ASX range for 2020 model year is the addition of a heavier-hitting 2.4-litre petrol from the Outlander.

The 2.4-litre engine option produces 123kW/222Nm (a decent increase over the regular 2.0L’s 110kW/197Nm) and will be available on only the top two variants in the 2020 lineup – the sporty-look GSR and bells-and-whistles Exceed – mated only to a continuously variable automatic (CVT) transmission.

Mitsubishi says the larger engine was relatively easy for the brand to add to the range in Australia, thanks to the configuration already existing in the US market – where the ASX bears the nameplate ‘Outlander Sport’. Although previously only for left-hand drive, the company said the positive reaction to the engine in the US made it an attractive option to homologate for Aussies.

Mitsubishi hopes it will “increase the flexibility” of the popular SUV for its consumer base, with the brand’s representatives suggesting that it would benefit drivers who look more towards the open road, or frequently drive with more on board, whether it was passengers or cargo (hence the new tagline “Built to pack life in”).

Mitsubishi hopes to replicate the positive US market reception to the 2.4-litre engine option.

The Exceed will see a price hike of $4840 – to $34,740 plus on-road costs – due to the inclusion of the new engine alongside an increase in standard specs to include a panoramic sunroof, spoiler, and faux suede interior trim.

The new sporty looking GSR model that also has the 2.4-litre engine is a more affordable option, priced at $30,490 plus on-roads.

If you appreciate the styling highlights of the GSR but don’t want the new 2.4-litre engine, the 2.0-litre MR could be the pick for you, as it costs $27,490 plus on-roads.

Both the MR and GSR models will launch later than the rest of the ASX range. They’re due mid-December.

The new drivetrain option should give plenty of latitude for towing too, as the ASX weighs significantly less than the up-to-seven-seat Outlander the engine was originally destined to power. The brand says it was not necessarily added to the range with towing in mind though, as “owners already tow with the 2.0-litre”.

Mitsubishi’s line-up includes an engine with even more torque – the 1.5-litre turbo which powers the Eclipse Cross (110kW/250Nm). The brand’s representatives offered no comment on whether the 1.5-litre turbo is under consideration for the future of the ASX range, but confirmed the 2.4 was easier to homologate as it already existed elsewhere in the brand’s global portfolio.

The ASX will retain its multi-link rear suspension setup vs many primary competitors, and mercifully will continue to run on a fuel type of 91RON unleaded.

The 2020 range will also feature new colours and option packs to go with its overhauled look. Expect our 2020 Mitsubishi ASX range review soon.