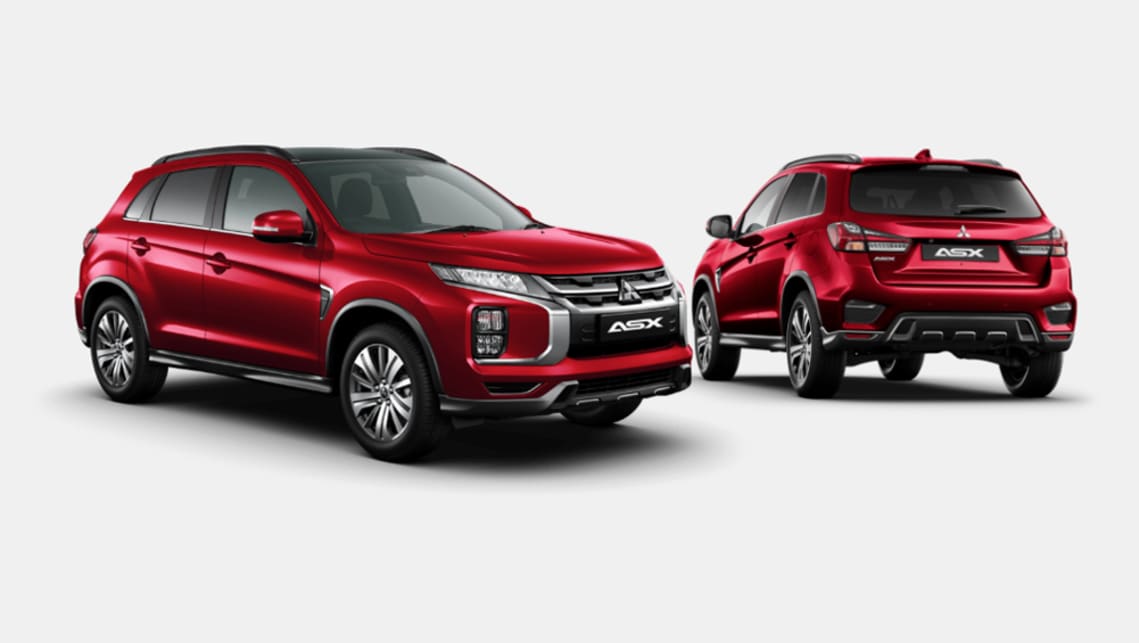 Mitsubishi’s ASX crossover is currently riding high as Australia’s best-selling sub-$40,000 small SUV in 2019, but a new update will land this week that should bolster its sales numbers even further.

While the introduction of two new grades – the $28,240 driveaway MR and $32,240 GSR – are the headline changes to the 2020 model year ASX, the inclusion of forward collision mitigation (AEB) and a new 8.0-inch multimedia touchscreen are also significant additions.

From the outside the new ASX is differentiated from the old by new LED headlights that are slimmer and sleeker in design.

The front grille is also tweaked and adopts a more evolved form of Mitsubishi’s trademark dynamic shield design as seen on the facelifted Triton ute and Pajero Sport SUV.

Another change to the front fascia is square-shaped foglights, which combine with the front grille for a more squared-off stance.

Eight different exterior colours will be available on the new ASX, with white being the only standard finish.

Starlight, Black and Lightning Blue choices are done in a pearlescent finish, while Titanium, Sterling Silver and Sunshine Orange – which is available only on MR, GSR and top-spec Exceed grades –feature a metallic sheen.

The only exterior colour classified as prestige paint is Red Diamond.

In ES and LS grades, each pearlescent and metallic paint adds $690 to the pricetag, while the Red Diamond paint is another $890.

As for the MR, Starlight, Titanium and Black are no cost paint options, with Sunshine Orange, Sterling Silver and Lightning Blue incurring a $690 surcharge. Again, Red Diamond paint costs $890.

Opting for the GSR or Exceed variants mean the price of the prestige Red Diamond paint drops to $200, while all other colours are available at no extra charge.

For the style-conscious, the MR and GSR grades also gain a blacked-out grille, 18-inch wheels and side mirrors, while the latter variant also nets darkened roof racks and rear spoiler.

Red contrast stitching is also used on the MR and GSR cabin, with the former fitted with black cloth fabric upholstery, while the latter adds micro-suede with leatherette bolsters to the seats.

A long list of factory accessories is also available to customers who want to further customise their ASX.

A new 123kW/22Nm 2.4-litre engine will join the range, available on the GSR and Exceed, due to its popularity in the US market, while the remainder of the ASX range is powered by a carryover 110kW/197Nm 2.0-litre four-cylinder petrol engine.

Despite the different engine options, all ASX SUVs send drive to the front wheels via a continuously variable automatic transmission.