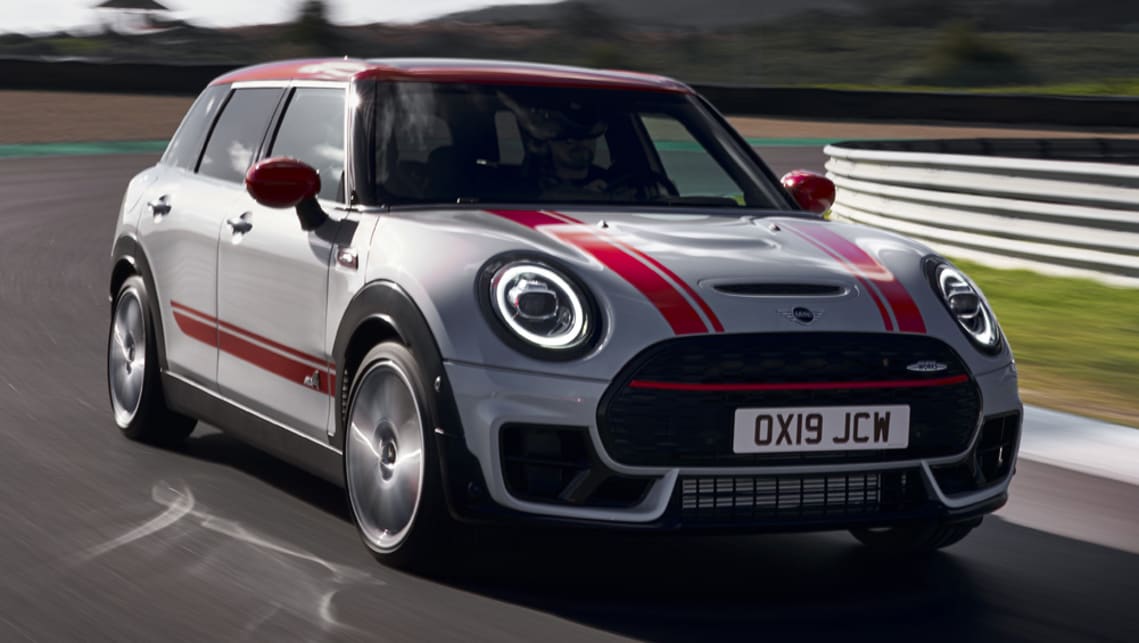 Mini Australia has split its flagship Clubman John Cooper Works (JCW) into two grades, the $57,900 before on-road costs Pure and the $62,900 JCW, which both gain a new uprated 2.0-litre turbo-petrol engine.

Now outputting 225kW of power and 450Nm of torque, the updated Clubman JCW gains a substantial 55kW/100Nm rise over the outgoing version’s powerplant.

Drive is sent to all four wheels via a new shift-by-wire eight-speed automatic transmission, which – thanks to a launch control function – results in a zero-to-100km/h dash in 4.9 seconds for the Clubman and 5.1s for the heavier Countryman.

Fuel economy for both Clubman JCW grades is pegged at 7.7 litres per 100km, while the Countryman JCW is slightly thirstier at 7.9L/100km.

Differentiating the new Clubman JCW from its predecessor is a new bumper, front grille and splitter, while LED headlights and daytime running lights are also updated.

From the rear, the tail-lights now sport Mini’s unique ‘Union Jack’ motif, as well as a new rear bumper.

Like its JCW sibling, the Clubman Cooper S – priced at $45,900 (no change) – also gains an 8.8-inch multimedia display, blacked out roof rails, and updated head- and tail-lights.

The new Clubman and Countryman line-up will land in Australian showrooms before year’s end.